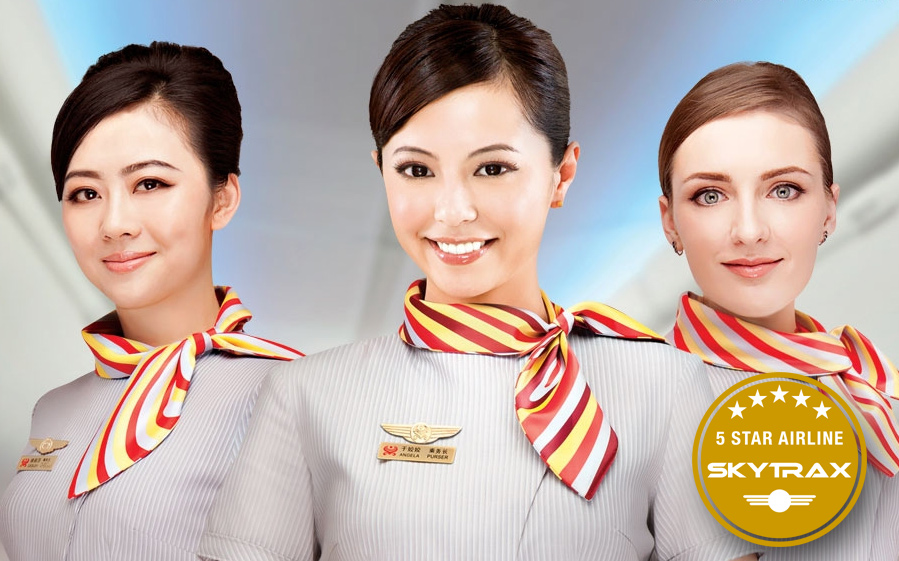 Adding another distinction to its roster, Hainan Airlines, represented by Discover the World Greece & Cyprus, was awarded the Skytrax Certified Five-Star Airline Rating earlier this month for a sixth consecutive year.

The airline, operating out of the People’s Republic of China, is the largest privately-owned air transport company and the fourth-largest carrier in the country.

Hainan Airlines is one among eight Asia-based airlines rated with five stars by Skytrax for the quality of its onboard products and services. The other carriers are All Nippon Airways, Asiana Airlines, Cathay Pacific, EVA Air, Garuda Indonesia, Qatar Airways and Singapore Airlines.

Founded in 1989, Hainan Airlines operates a fleet of 165 planes. Other distinctions include “Asia’s Best Business Class 2014” at the World Travel Awards (WTA) and last year the airline was listed as one of China’s 100 leading brands.

Hainan Airlines added a Manchester – Beijing flight to its itinerary in June.