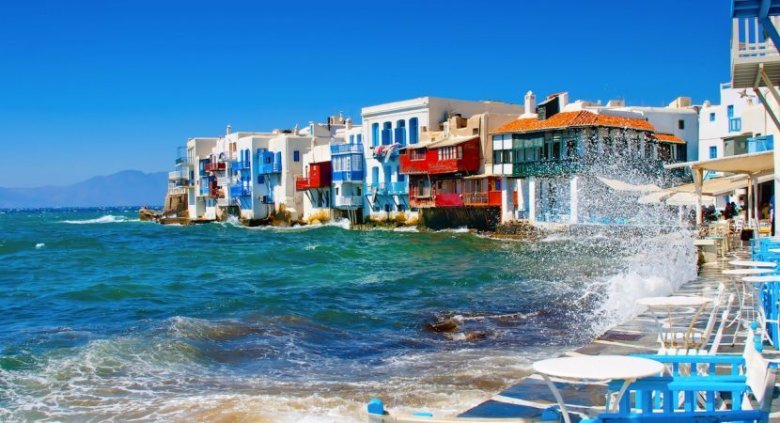 The prospects of increasing tourist arrivals to Mykonos through the development of thematic tourism products and the extension of the season were among the issues focused on during a meeting between Greek Alternate Tourism Minister Elena Kountoura and the island’s mayor Konstantinos Koukas.

The meeting was held on Monday at the island’s municipality and the two sides examined ways to further boost the attractiveness and competitiveness of Mykonos’ tourism product.

Ms Kountoura and Mr Koukas discussed improving the island’s quality of services and promoting legislation to ensure the optimal operation of Mykonos’ tourism market, with a strong emphasis on the need to strengthen control mechanisms to reduce misdeeds.

According to an announcement, the meeting took place under the close cooperation established between the tourism ministry and the municipality for the further tourism development of the popular Greek destination and for the targeted promotion of Mykonos in foreign markets.

Greek Travel Agents Get to Know Eleusina in Western Attica