Composer-violinist Evanthia Reboutsika will be at Athens International Airport on Tuesday, July 19, to perform popular works that will take passengers and visitors on a melodious journey with “the colours and aromas of the East and the West”. 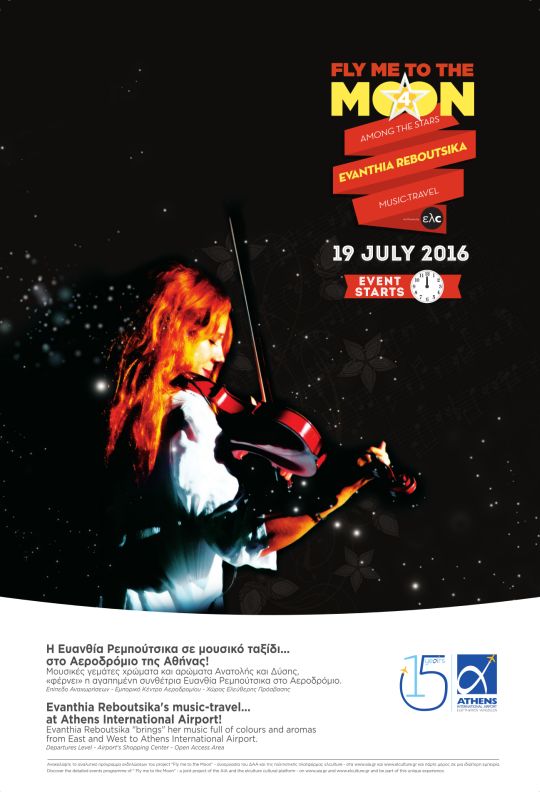 Reboutsika will perform extracts from all her well-known works composed for television, theatre and cinema, including her famous melodies from the Greek film “A Touch of Spice”.

Reboutsika’s special performance kicks off the third verse of the renowned Fly me to the Moon song — “…among the stars” — and launches the fourth cycle of the “Fly me to the Moon” project that will see famous artists performing at the airport (summer 2016 through May 2017), following the previous “…and Let me Play” cycle that introduced floor games in the airport terminal.

The “Fly me to the Moon” project is an ongoing cooperation between the Athens International Airport and the cultural platform ελculture. For the fourth year in a row, the project includes concerts, happenings and theatre projects on the airport’s premises.

Evanthia Reboutsika will perform at 12 noon at the Airport Shopping Centre in the Departures area.