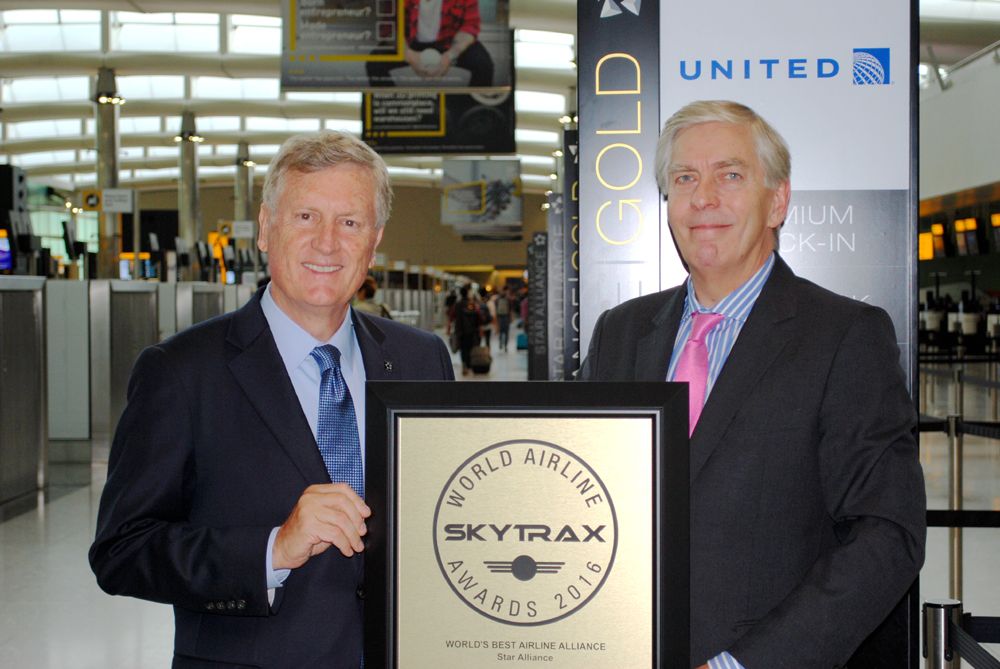 Star Alliance has claimed the “Best Airline Alliance” title at the 2016 Skytrax World Airline Awards held on Tuesday at the Farnborough International Airshow in the United Kingdom. The Alliance also received the Best Airline Alliance Lounge Award for its prestigious Los Angeles Lounge for the second year in row.

The World Airline Awards are managed by international air transport rating organisation, Skytrax Research of London, UK, and based on the results of the World Airline Survey.

“I am accepting this award on behalf of more than 430,000 employees who deliver our customer promise to more than 640 million passengers each year”, said Mark Schwab, CEO Star Alliance, upon receiving the award.

People of more than 104 different nationalities participated in the survey which covered over 280 airlines, from the largest international airlines to smaller domestic carriers. The surveys measured quality standards across 41 key performance indicators of front-line product and service. The customer survey ran from August 2015 until May 2016, with a total of 19.2 million eligible customer surveys being completed.

Star Alliance was the first airline alliance to receive the Best Alliance Award from Skytrax when the category was first introduced in 2005 and has since held the award seven times.

“Regaining this accolade shows that investing into technology which facilitates the delivery of our Alliance customer benefits is paying off and that travellers are noticing a difference”, Mr Schwab said.

“Following the recent decision of our Chief Executive Board, we will invest further in modern systems and so continuously improve the Alliance travel experience”, he added.

In addition to the alliance award, 26 individual categories were taken by Star Alliance member carriers: