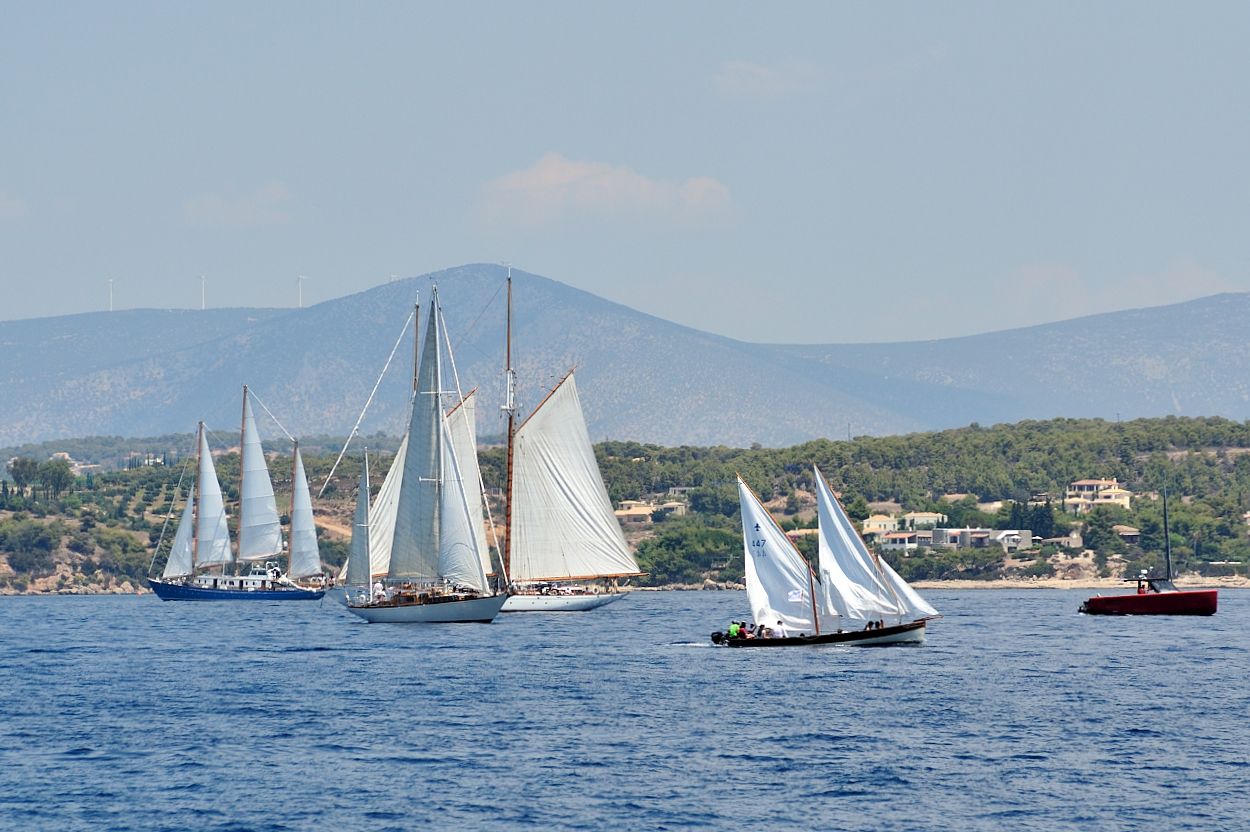 The importance of safeguarding the sea environment was part of the 6th Spetses Classic Yacht Regatta, which took place on the Saronic island on June 18-21, and which explored blue growth with parallel events.

Organized by the Yacht Club of Greece (YCG), with the support of the Spetses Yacht Club, the event also featured the 1st Hellenic Classic & Traditional Boat Circuit, aimed at becoming a reference point for alternative tourism in the Mediterranean.

In collaboration with the Hellenic Center for Marine Research (HCMR) and within the Spetses Plastic Detox campaign, the Spetses Yacht Club lent its support with volunteers for the “Sea Research in Society” conference, which was held at the historic Poseidonion Grand Hotel and explored the repercussions of human intervention on the marine environment.

On the sidelines of the regatta, Spetses visitors also had the chance to learn more about traditional ship building with local craftsman Pantelis Korakis, who spoke about the history of the craft and its secrets.

‘If Others Care, Then You Too Will Care’, Ecoweek’s Head E. Messinas Says

Summer in Athens Promises Events for All Tastes