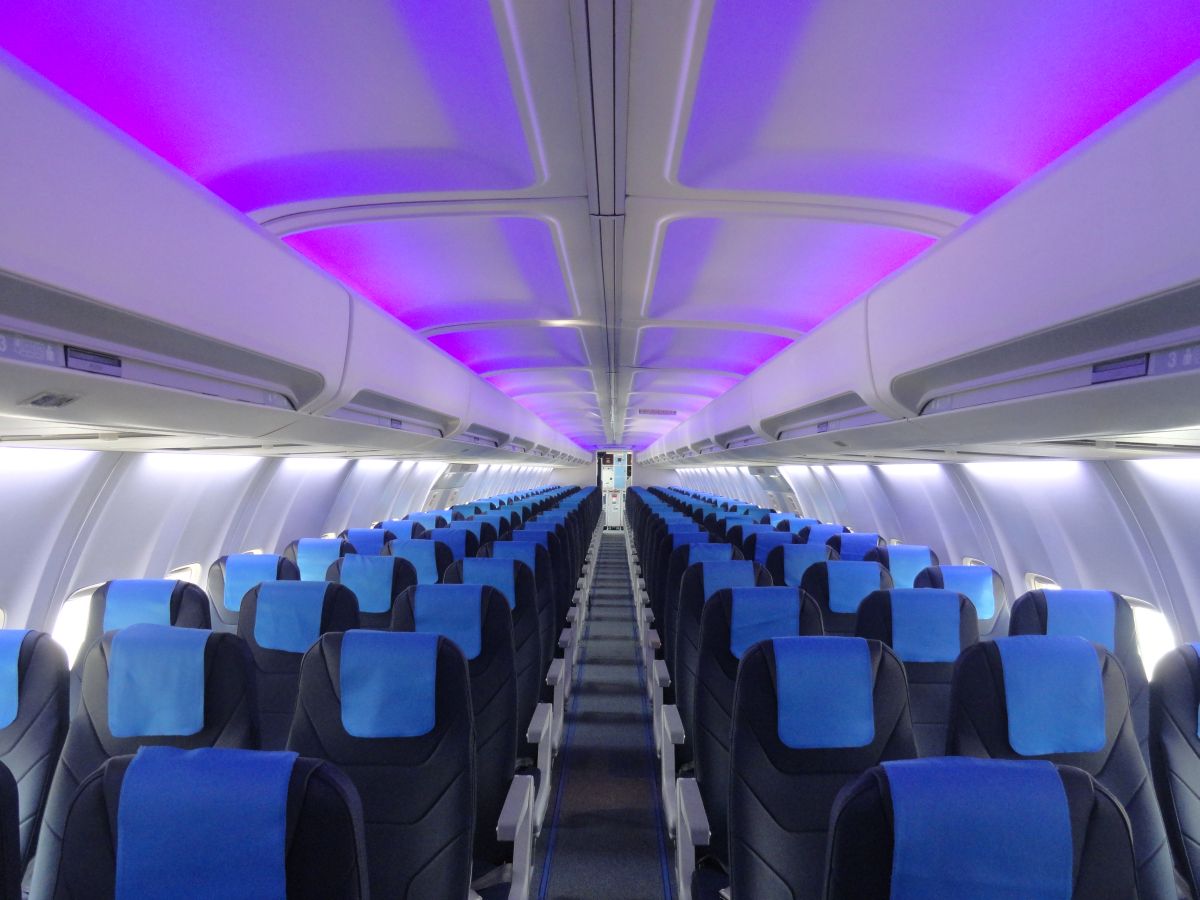 The modernised Boeing 737-400 of LOT Polish Airlines carried out its first Warsaw-London Heathrow route on June 27, giving passengers the chance to experience its cabin upgrade.

SP-LLG Boeing 737 is the first of three aircrafts of that type to undergo a complete D type overhaul and modernisation. The aircraft has already been used on regular routes operated by LOT to destinations such as London, Tel-Aviv or Madrid.

Despite replacing seats with less thicker ones, LOT has not boosted seating capacity.

“On our Boeing 737, we still offer 162 seats even though some other carriers are capable of squeezing as many as 180. To us, passenger comfort is foremost”, said Krzysztof Moczulski, Director of Product and Customer Experience Bureau.

Each seat is now equipped with a universal electronic socket that allows passengers to freely use their mobile devices or computers during the flight. Moreover, the cabin’s interior now looks modern thanks to completely new accessories such as carpets or curtains. Also, overhead luggage compartments were refreshed, and the standard of the toilets resemble those familiar from Boeing 787 Dreamliner.

The modernisation of other Boeing 737 fleet aircraft is scheduled to be completed in the fall of 2016.