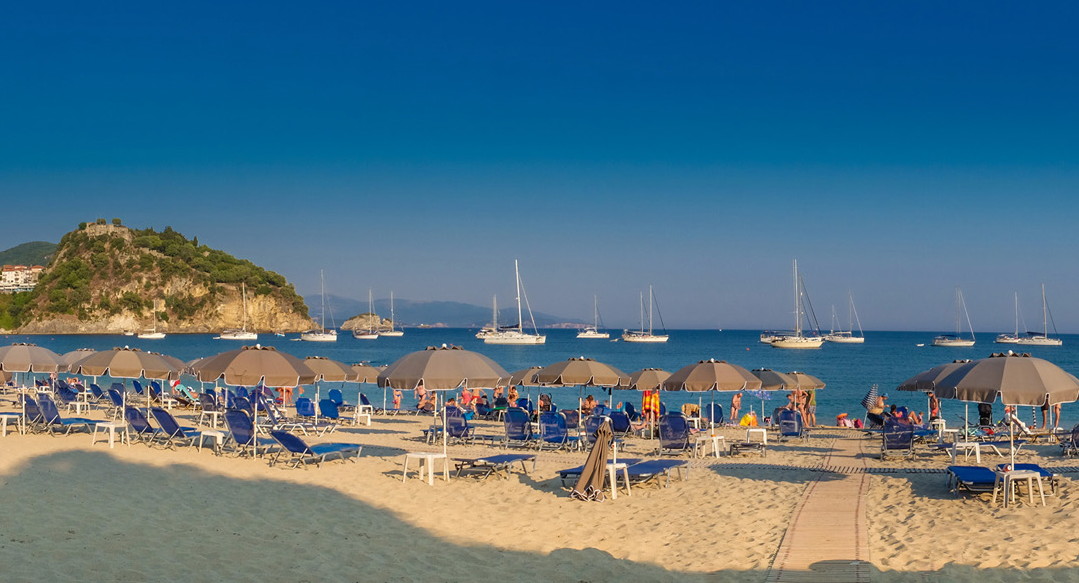 Tourism traffic to Greece stands to gain in great part from the ongoing insecurity in the surrounding region and the improved visa procedure for Russian and Chinese travelers, according to Alpha Bank analysts.

An Alpha Bank report issued last week found that Greek tourism will also benefit from the slated upgrade of regional airports in Kalamata and on the popular Cycladic islands of Naxos, Syros, Milos and Paros.

Meanwhile, the refugee crisis is reflected, according to the analysis, in a decline of tourism to the Dodecanese islands in the first five months of 2016 — down by 21.9 percent on Kos, 59.9 percent on Lesvos (bearing the brunt of incoming refugee movement) and 40.6 percent on Samos — and partially offset by stronger arrivals to Crete, the Ionian islands and the Cyclades.

At the same time, however, the Bank of Greece issued a report which found tourist arrivals in the first three months of the year down by 5.3 percent year-on-year to 2.5 million visitors compared to 2.7 million. Travel spending, however, per trip on average grew by 365.9 euros for the first four months of 2016 against 360.3 euros.

The Greek Tourism Confederation (SETE) expects 27.5 million visitors this year against 23.6 million in 2015 and revenue to the tune of 15 billion euros compared to 14.2 billion euros in 2015. The EU remains Greece’s main market despite a 10.9 percent decline in the first four months against last year. Incoming holidaymakers from Germany dropped by 12.4 percent and from France by 2.3 percent. The number of inbound Russian travelers, meanwhile, grew by a massive 97.7 percent in the first four months compared to the same period last year marking a 45.2 percent drop.