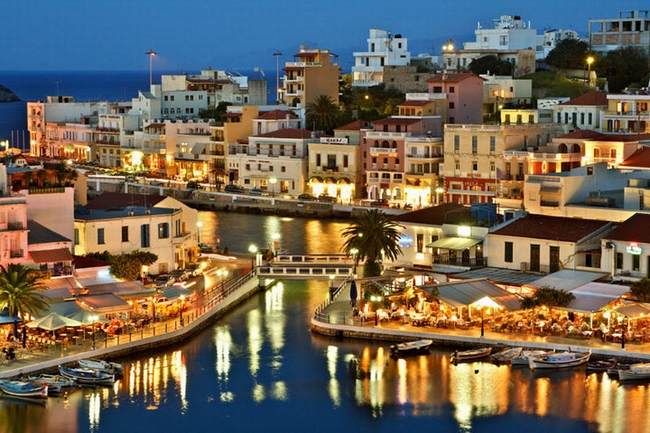 In these rapidly changing times, with super speedy communication and even speedier needs, hearing out the younger generations can be the only way to create cities that are functional and friendly, Agios Nikolaos Mayor Antonios Zervos told the Greek Travel Pages (GTP) on the sidelines of the Ecoweek Crete 2016 opening event on Monday. 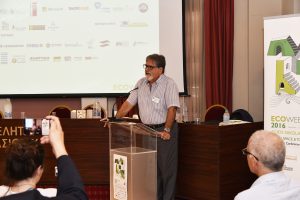 “In all honesty, cities today are a result of the perceptions of previous generations. The younger generations have diversified, have veered away from these perceptions, creating new priorities and thanks to the ease of communication and the proximity between people due to the social media, they have created a new framework of life. Through initiatives like Ecoweek,  young people come to share and generate ideas as to how they would like cities to operate, transform and evolve and it is through these interventions that we will come to know how they would want their cities to be,” Mayor Zervos said, explaining why the municipality lent its support to the initiative.

“It is only through small interventions that we can see the bigger picture of what needs to be done and thus take the necessary action to make that change on a larger scale.” 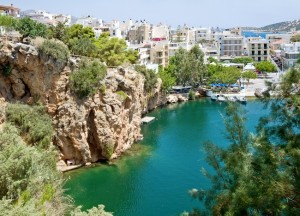 Mayor Zervos said that he was prompted by Gina Mamidakis, “who is active with hands-on initiatives in the promotion of the city and of culture and works towards the improvement of the quality of life”, to hold the event here in Agios Nikolaos, but added that the “greatest motivation was the fact that these young people have come here to tell us what they think. And this may disturb us, they may shock us… because in all truth, the differences between generations are now even greater due to the fleeting rate of change. This said, we must now take new factors into consideration.”

Mr Zervos suggested on Monday during the first series of lectures at Ecoweek to make the initiative a bi-annual event at Agios Nikolaos or a yearly happening at a different capital on Crete.

As for tourism and the crisis, the mayor did not mince his words: “We have suffered, all of Greece has felt the consequences but if we want this to change and for there to be a long-lasting result there must be a master plan in place on local and national levels. We must be serious and responsible for our decisions and choices. The volatile financial landscape means that we don’t know when we will get funds, and this leaves any sort of planning up in the air.”

All-inclusive: A thorn for tourism

Another thorny issue is the all-inclusive hotel concept. “This has not affected us alone but all of Greece. No one can deny their place in tourism as long as these operate under specific conditions, for instance, 10km outside urban centers in remote areas without impacting local small enterprise… The government failed to regulate this issue successfully to the benefit of all parties involved,” he said. 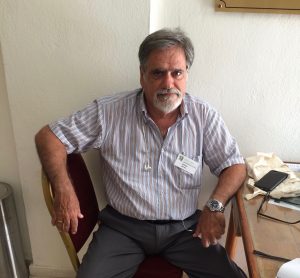 For the mayor of the Cretan town that boasts the highest VIP accommodation capacity, “the city can contribute to better living conditions, ensure cleanliness and order but also educate residents to respect their home environment and in turn reward those who do so but also mete out those who don’t”.

As for its role in tourism, he is clear: “The city cannot be a leader in tourism, it can be a follower in the sense that it must fairly represent the interests of all parties involved and maintain a balance between individual business interests, community interests and overall public interest.”

“One way to work together is for the municipality to organize events like Ecoweek, for instance, that would draw visitors to the city and which in turn will benefit the sector. Another initiative — following in the steps of Alexandroupolis and five other Greek cities — is establishing an open mall to assist the trade sector but it is vital that professionals learn to coexist and work together.”

Mr Zervos told the GTP that the municipal authority was in final talks this week on the creation of an open mall in Agios Nikolaos which in effect brings shop owners in the town’s central business district under one umbrella, and through common actions, such as offering discounts, boosts competitiveness and gains.

Why should someone visit Agios Nikolaos? “The opportunity to experience such diverse natural beauty on a small scale, its vast culture and its supreme gastronomy”. The municipality is currently in the process of getting the island of Spinalonga, in the Lasithi prefecture, listed as an Unesco World Heritage Site.

The Greek Travel Pages (GTP) is a media sponsor of Ecoweek Crete 2016.