Ecoweek Crete Hands Tools to Next Generation for Sustainable Change 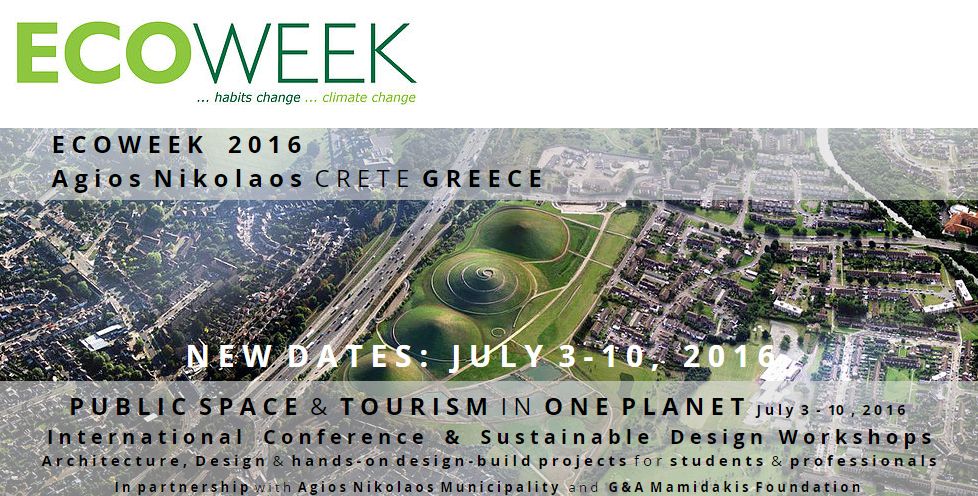 In a rare example of the “magic” that happens when private and public, local and international meet on one front and for one cause, Ecoweek 2016 at Agios Nikolaos on the Greek island of Crete, kicked off on Monday, with a series of speakers and workshops aimed at architecture students who will tomorrow design and create the cities of the future.

Young designers and architecture students from across the globe are being hosted here in Agios Nikolaos for the event which focused on everything from how to create homes for refugees to bringing whole neighborhoods on board city projects which they design, create and take care of.

Theodora Kyriafini and Foteini Lymperiadou of euZen Architecture presented  their award-winning plans for an innovative bioclimatic school slated for construction in Voutes, Crete, and aimed at offering experiential learning through the environment.

Architect Thanos Stasinopoulos offered an interesting solution on how to house refugees – a very timely issue and one that looks like it’s here to stay. Mr Stasinopoulos suggested the use of gabions, steel baskets which could be filled with anything from ruins and debris to stones and gravel.

Greek professor and architect Panos Parthenios inspired by Greek innovator Iannis Xenakis took a surprise approach to sustainability and architecture by calling on the students to “listen” to the environment they plan to work in. The goal, he said, is to aim for balance and harmony by first tuning in to the sounds the city, landscape or environment emit and the underlying needs. “We believe cities can be tuned,” he said.

An interesting take on what neighborhoods and residents can do towards sustainability was offered by Italian architecture collective Orizzontale represented by Nasrin Mohiti Asli, who stressed that the ultimate starting point of any process must begin with the community. Ms Mohiti Asli said that asking the people themselves to speak of their needs and then inviting them to be a part of the change is what makes any do-it-yourself project a success in the end as needs and aesthetics change through time. 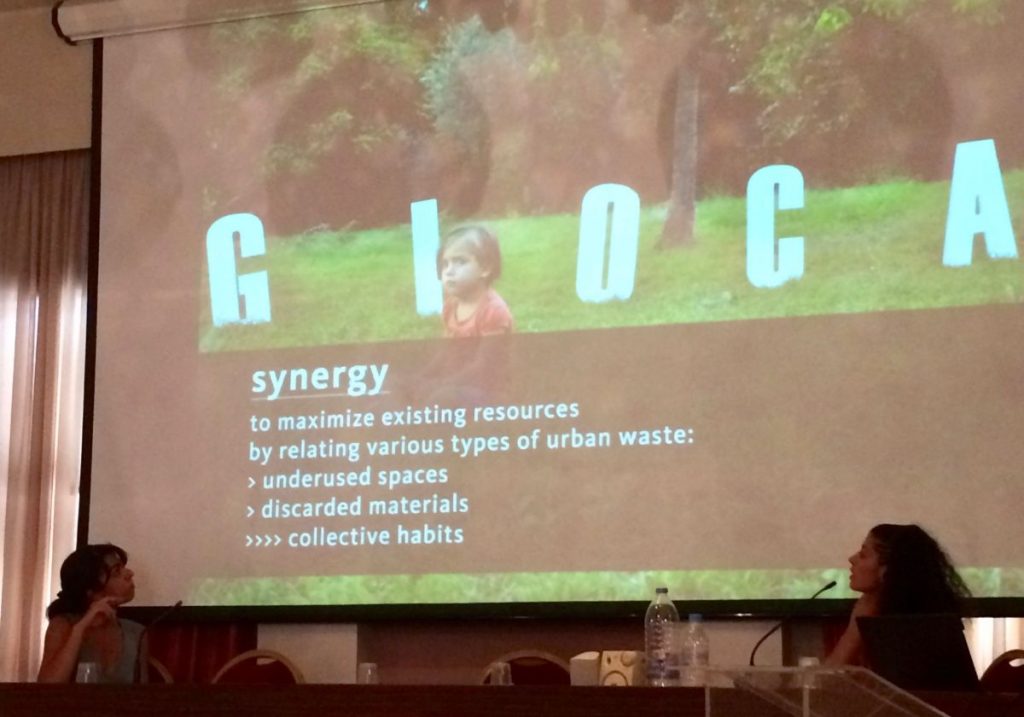 In a more skeptical tone, regarding “the sustainability of architecture”, Chris Doray urged fresh architects present to do the work, to get their hands “dirty” and avoid easy solutions. Where does that begin? By paying attention and respect to the process, which is none other than drawing. Referring to firms presenting and clients demanding postcard-perfect renderings of to-be projects, Mr Doray poignantly said: “Our profession allows us to dream and our clients pay us to do just that, so why do we take shortcuts?”

There are many more speakers, workshops, panel discussions and events taking place in town this week, including a screening of 1982 experimental film Koyaanisqatsi: Life Out of Balance, a slow motion time-lapse take of changing cities and natural landscapes, a beach clean-up and a visit to an island eco spot.

In the words of Agios Nikolaos Mayor Antonios Zervos, who opened Ecoweek: “It is vital that we turn to the young, these cities are now yours, and through Ecoweek Crete we hope to open a channel of exchange, hear new ideas which will lead to growth and change, and why not, hold the event  here every two years.”

The man behind Ecoweek, Elias Messinas outlined the concept behind the project in a sentence: “We are here because we want to be part of the solution, and solutions can sometimes be as simple as one bench, sometimes all people need is one bench.” 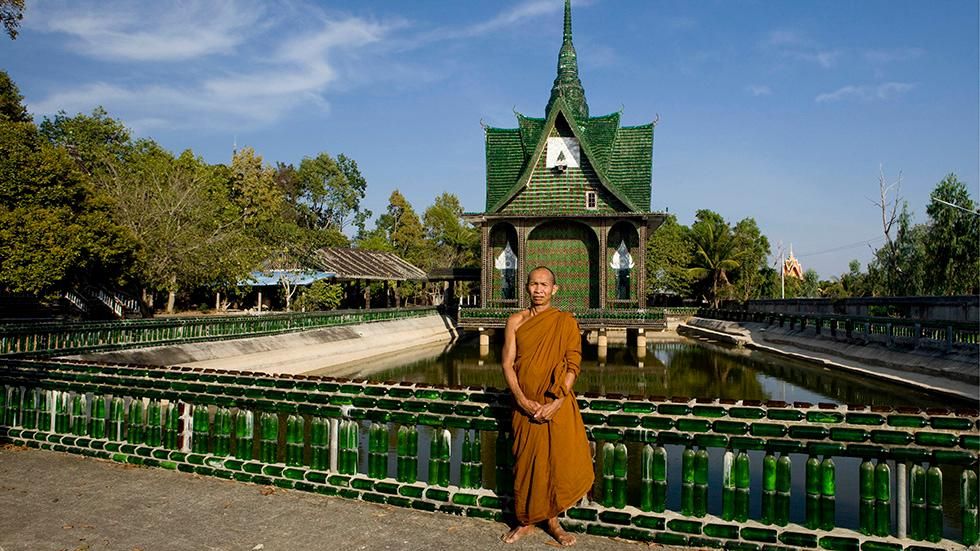 Ecoweek Chairman Elias Messinas showed a picture of eco-architecture in practice – a Thailand temple made of beer bottles – during Ecoweek 2016 Crete, on Monday.

Running through to July 10, the conference is made possible on the initiative of the G & A Mamidakis Foundation – bluegr Hotels & Resorts in collaboration with the Agios Nikolaos Municipality, the Ecoweek Network, the Lasithi Region and LoveGreece.com.

The Greek Travel Pages (GTP) is a media sponsor of Ecoweek Crete 2016.