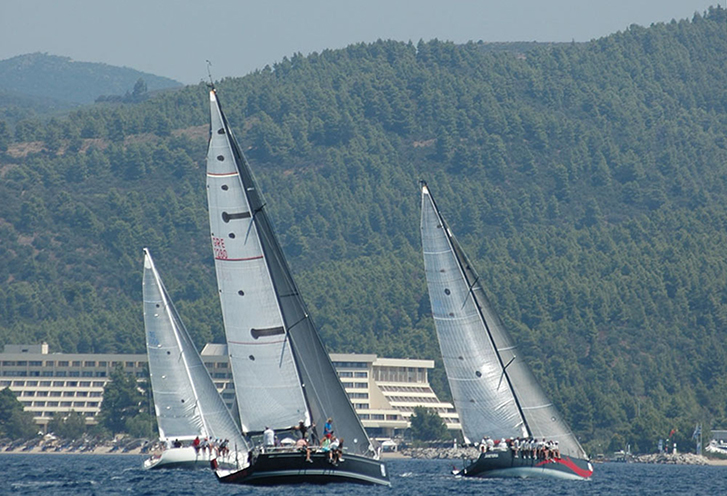 Top sailing games will take place once again at the Porto Carras Grand Resort in the Sithonia peninsula, Halkidiki. The ORC European Championship 2016 event, which sees the participation of vessels from all over Europe, will take place for the first time in Greece during July 3-10 at Porto Carras. The Nautical Club of Thessaloniki is organizing the event.

Races will be held in the Toroneos Gulf and the North Aegean Sea. The start of the competition and the skippers’ meeting will be held at Porto Carras in Halkidiki, which is also the headquarters of the event. Participating boats will be moored in the blue-flag awarded marina of Porto Carras.

The countdown of the event already kicked off with the annual international sailing event “Cup North Sea 2016”, which runs from June 30 to July 3 for sailing boats with ORC International certificates and is considered the warm-up event for the European Championship.

The 40 participating vessels in the “North Aegean Cup 2016” event will be moored in the marina of Porto Carras and continue their matches on July 3 in the ORC European Championship where participations will amount to 73 vessels.

Racing will feature a mix of round the cans windward/leeward courses and offshore races, to fully test the teams’ skills on the waters of Toroneos Gulf. The challenge of close windward/leeward racing is likely to keep the fleet in close boat on boat battles, compared to the complexity of offshore racing.

Social activities for the ORC European Championship 2016 will take place at the race village at Porto Carras Grand Resort, with Greek hospitality throughout the week.

Loyal to its historical origins, Porto Carras has been hosting top sailing games in recent years, in cooperation with the Nautical Club of Thessaloniki and the Open Sea Commission of the Greek Sailing Federation.

Porto Carras boasts the largest organized marina in Northern Greece with a capacity of 315 berths for vessels up to 55m and 5.5m depth. It has been awarded for 17 consecutive years with the “Blue Flag” eco label for its crystal waters and its contribution to environmental protection.

“For all of us at Porto Carras Grand Resort, the high quality services and the development of marine tourism is a primary concern. Therefore, we support the Greek and international sailing events”, the resort’s management said in an announcement.

“The Porto Carras Grand Resort with excellent beaches (awarded also by the “Blue Flag”), restaurants, bars, cafe, mini market and shops, ensure a pleasant stay for yachtsmen during the race and always guarantee the successful organization of top sailing competitions.”