Alpha Bank: Brexit May Have Negative Impact on Greek Tourism 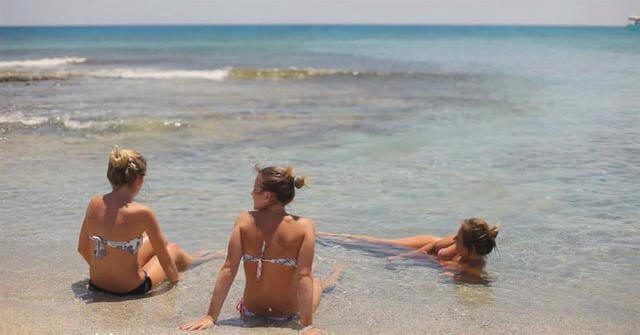 Alpha Bank analysts on Friday gave their estimates of the impact of Brexit on Greek tourism.

“If the rate of the British pound against the euro remains at a low level for a long time, then British travelers will face increased costs of tourism services in Eurozone countries. Under these conditions, UK demand for Greek tourism services may be adversely affected”, analysts said in Alpha Bank’s weekly bulletin.

According to the bulletin, 2.3 million British tourists visited Greece in 2015, making up 10.2 percent of the country’s total tourist arrivals and 14.3 percent of total revenues, maintaining the second highest percentage, after the Germans.

Moreover, a 49 percent rise in tourism revenue from the UK was recorded in the 2013-2015 period due to the appreciation of the sterling against the euro, among other things.

In previous years, the strengthening of the exchange rate for the pound sterling,  (2013-2015: + 10%) made the Greek tourism product attractive to British travellers, as it increased their spending power.

Alpha Bank’s analysts estimate that the developments of the exchange rates affect tourism, since there is a significant correlation between the two.

“A possible depreciation of the pound sterling against the euro, for a long time, is expected to have a negative impact on Greek tourism from the UK”, the analysts said.

However, in the medium term, in the wake of Brexit, the possible devaluation of the euro against other major currencies could boost tourism demand of Greece from third countries. “

INKA: Over 80% of the Greeks will not take a Vacation this Summer