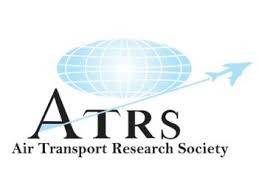 AIA was again ranked as Europe’s leader among small- to medium-sized airports for its efficiency.

“We are indeed deeply honored that Athens International Airport has been distinguished by the esteemed Air Transport Research Society as the most efficient airport in its category in the performance benchmarking for 2015. The specific year, marked by slow worldwide growth and a highly critical economic and political situation in Greece, has indeed been extremely challenging,” said Dr Yiannis Paraschis, CEO of AIA.

“It is true that we are operating within a highly critical environment having to face major challenges; we are, however, firmly committed to maximizing all our efforts to continue weathering the storm and come out even stronger,” Dr Paraschis added.

Some 250 delegates from across the globe visited the Dodecanese island for the ATRS conference, which was held in Greece for the second time in the Society’s 20-year history.

The conference included the annual presentation of the ATRS Benchmarking Awards to the most efficient airports in the world following the release of key results of its 2016 Global Airport Performance Benchmarking Task Force report.

Hartsfield-Jackson Atlanta International Airport (ATL) was once again named the most efficient airport in the world for 2016. ATL made history last year as the first airport ever to serve 100 million passengers in a single year. Omaha Airport picked up the distinction for North America’s small- to medium-sized airports.

Copenhagen won the top efficiency award among the large European airports and Greece’s AIA as Europe’s small- to medium-sized airports. In Asia, Hong Kong International Airport clinched the award while Sydney Airport received the award for the Oceania region.

The ATRS Global Airport Benchmarking Project assesses the efficiency of airports around the world by measuring and comparing the performance of several important aspects of airport operations including productivity, unit costs, cost competitiveness, financial results and airport charges.

The 2017 ATRS world conference is set to take place in Antwerp, Belgium, on July 5-8.

Porto Carras Grand Resort is a ‘Diamond’ of the Greek Economy