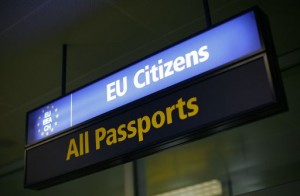 The dwindling rate of the British pound and the possibility of imposed customs duties may impact foreign trade between Greece and the UK, leading to a potential loss of some 2.3 billion euros and of 2 billion euros in tourism, the Piraeus Chamber of Commerce and Industry (PPCI) warned recently referring to the Britons’ decision last week to exit the EU.

The British market is the seventh most important destination for Greek products, while Britain is Greece’s 14th largest supplier. According to an analysis by the Exports Research Center (KEEM), the total value of Greek exports to the UK in 2015 came to 1.07 billion euros, with a positive growth rate of 2.1 percent in the last five years (2011-2015).

The PPCI also notes that the UK’s exit from the EU will directly affect the very large community of Greek students, visitors and resident employees who are consumers of Greek exports and who also contribute considerably to both the Greek and UK economies.

At the same time, according to EVEP, 0.3 percent of the shares on the London Stock Exchange are Greek owned, while numerous Greeks have strong ties to the British banking system.

“Brexit may mark the beginning of the collapse of the European edifice and  the strong emergence of eurosceptic and anti-European forces,” EVEP President Vassilis Korkidis said.

Hey Traveler, After UK EU Dropout Think About This…