Brexit: Travel and Tourism Legislation to Remain Unchanged for Now 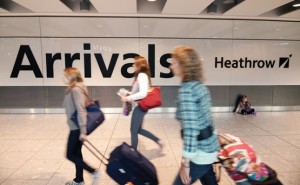 The World Travel & Tourism Council (WTTC) said on Friday that travel to, from and within the EU and UK will not be affected in the short term.

The statement came after Britain voted to leave the European Union in a referendum on June 23.

According to the WTTC, the process set out by the Lisbon Treaty allows for a two year period of negotiation once the UK formally states its intention to leave the EU, and this period could even be extended by agreement of all the parties. During this period the legislation around Travel & Tourism will remain unchanged.

“We are entering a period of market uncertainty which will undoubtedly put pressure on Travel & Tourism businesses, however we know that our sector is resilient and we expect business and leisure travel to hold up in the face of these challenges”, David Scowsill, WTTC’s president and CEO, said.

On its part, the Association of British Travel Agents (ABTA) said in an announcement that people due to travel this summer will see little changes to their holiday.

“”Travellers are as free to move between the UK and the EU as they were yesterday, European Health Insurance cards remain valid and regulations such as Air Passenger Rights remain in place”, ABTA says.

However, the association underlines that the fall in value of the pound will have an immediate impact on holidaymakers and their spending power overseas.