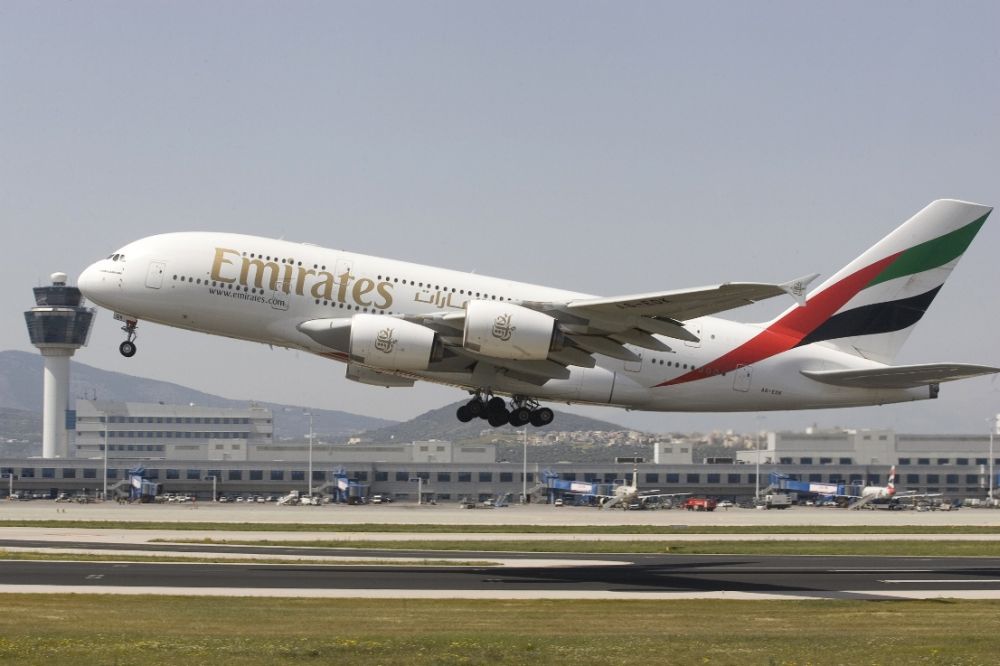 Emirates marks its 20th year of connecting passengers from Greece to Dubai and across its global network of over 150 destinations. Since its first flight from Dubai to Athens in June 1996, Emirates has carried more than two million passengers and 60 thousand tons of cargo; enabling trade, tourism and supporting job creation.

Over the last two decades, Emirates expanded its services in Greece with important milestones: opening an office in Athens as well as a dedicated ticket office at Athens International Airport, bringing the first A380 to Greece and sponsoring Olympiacos FC. Starting with three weekly flights, Emirates now operates 12 weekly flights due to growing demand. Flights are currently operated by an Emirates Boeing 777-300ER, which has the capacity to carry 4,800 passengers to and from the region each week. 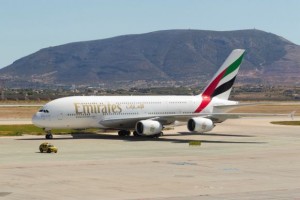 Emirates A380 at Athens International Airport.

According to an economic impact study conducted by Frontier Economics, Emirates’ operations had an 80 million euro impact on Greece’s GDP and supported over 1,500 jobs. This is in addition to the hundreds of Greeks employed by the airline in Dubai. Career Days have been held regularly in Greece, all with great success and attendance.

Passengers on Emirates flights enjoy the famed hospitality of its multi-national cabin crew, which includes more than 447 Greek, and Emirates’ award-winning ice entertainment system that offers Greek movies, music and podcasts. Emirates also offers a specially crafted menu on board the Dubai-Athens route, filled with Grecian favourites such as Fasolada, Creta Skioufihto pasta, the signature dish from the island of Crete, and the traditional Sunday meal of Htapodi. The onboard meals include fresh and locally sourced ingredients.