Lufthansa Takes All on a Virtual Flight at Posidonia 2016 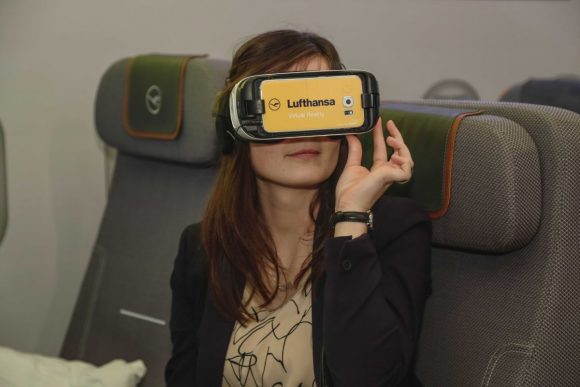 German carrier Lufthansa recently gave “passengers” in Athens the possibility to take a unique journey, right from the Posidonia 2016 shipping exhibition that took place at the Athens Metropolitan Expo during June 6-10.

By wearing a pair of virtual reality glasses, “passengers” suddenly found themselves inside the Lufthansa airplane Boeing 747-8.

“Passengers” on the Lufthansa “flight” had the chance to see 360° virtual reality videos of the airline’s First Class, Business Class, Premium Economy Class and Economy Class. 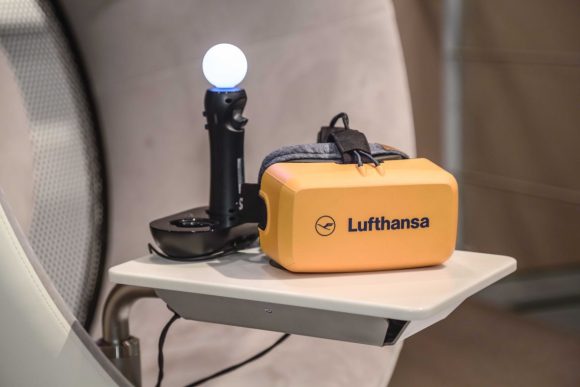 Lufthansa’s VR glasses use a Samsung Gear VR headset, the highest quality VR headset currently available in the market. The headset covers the user’s whole vision and includes a piece of hardware that uses compatible mobile phones to process and display all the VR magic. The phone is mounted on the front of the Gear VR via a USB connector. Enhanced sensors in the headset track the user’s movements and change the user’s view accordingly to create a unique audio-visual “sensory experience”.

Lufthansa is expected to upload more content in the near future. Newly created 360-degree on-location videos will allow travelers to fully immerse into Lufthansa’s European and newest destinations such as Paris and San Jose.

The Lufthansa branded Samsung Gear VR headset is available for purchase by the public through 3spin / Samsung.