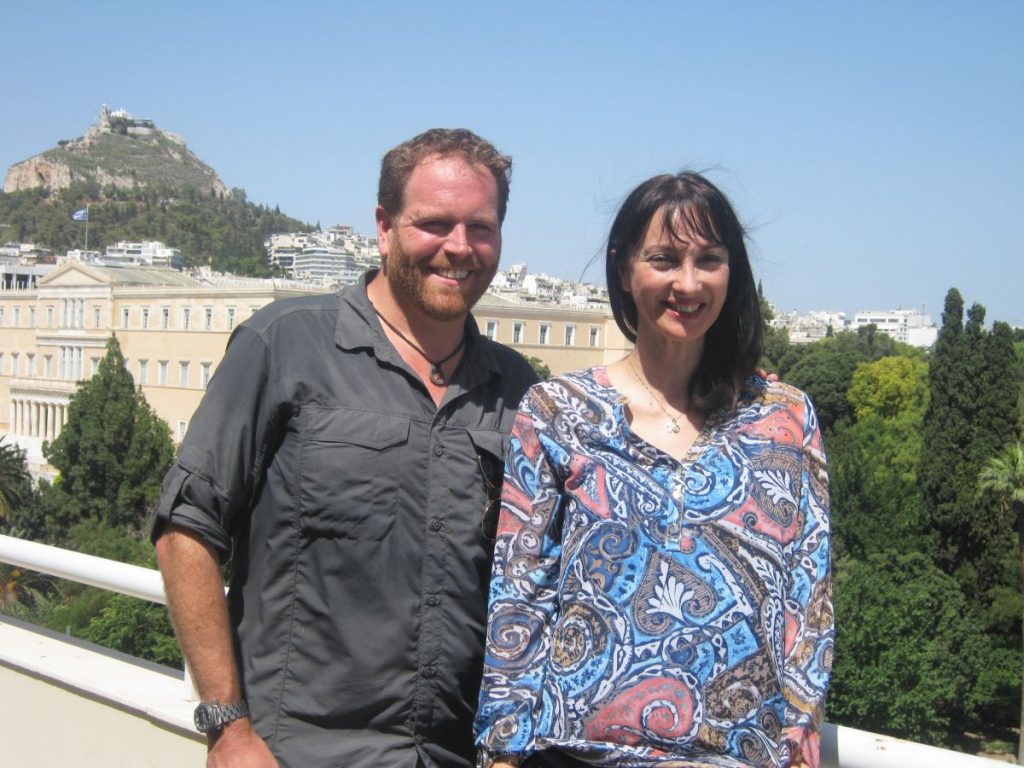 Mr Gates and his team are currently in Greece and are filming in various locations such as Heraklion, Athens, Pylos, Southern Laconia and Santorini.

Greece has been added to Mr Gates’ long list of adventures. The “Expedition Unknown” show will feature the Minoan Civilization and the secrets of its demise. Filming will wrap up on June 27.

The episode featuring Greece will be screened in the autumn by Travel Channel in the US and Canada, by the corresponding channels in the UK, Germany, Asia, New Zealand, and by online platforms.

The Greek National tourism organization (GNTO) is a sponsor of the show.

While at the Tourism Ministry in Athens, Mr Gates and his associates thanked Minister Kountoura for her hospitality and for the GNTO’s assistance with filming.