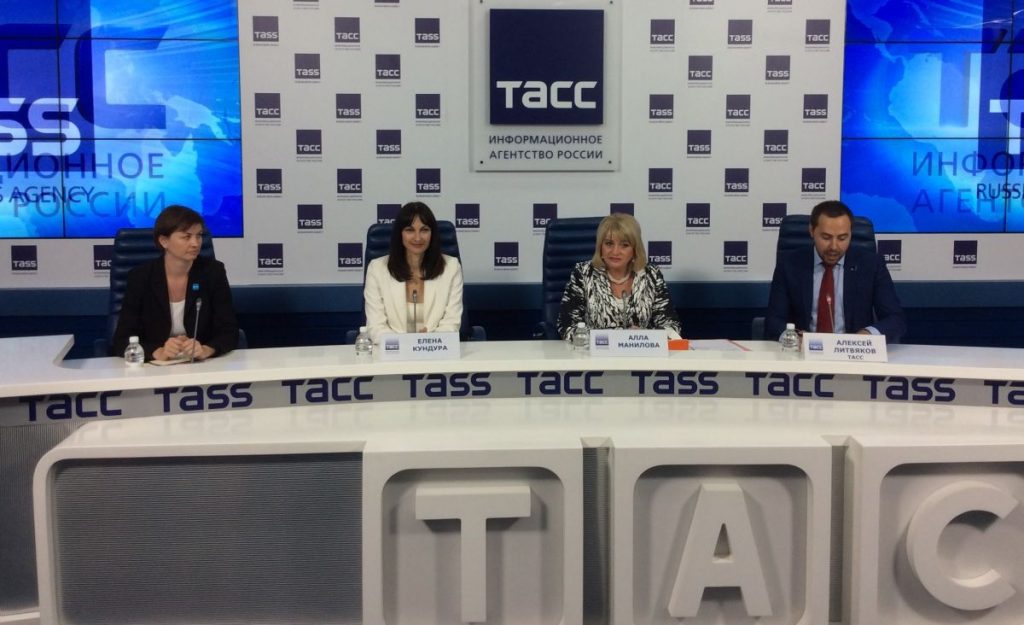 Boosting tourism flows between Russia and Greece as well working together on actions that will strengthen the ongoing collaboration in tourism between the two countries, including the issue of three- and five-year visas, was on the agenda of talks between Alternate Tourism Minister Elena Kountoura and her Russian counterpart Alla Manilova last week.

During her visit to Russia to attend the 20th St. Petersburg International Economic Forum (SPIEF), Ms Kountoura joined her Russian counterpart in a joint press conference in Moscow, outlining the activities, projects and initiatives taken by Greece particularly within the Greece-Russia Cross-year events. She made special mention of the upcoming year which will be dedicated to maintaining the momentum in tourism exchange and set to run for a year starting in June 2017.

Among other things, Kountoura referred to the ongoing efforts by Greek consular authorities in Moscow and across Russia to increase the speed of visas issued to potential Russian travelers.

Russian Minister Manilova expressed her confidence in the newly re-established ties and added that Greece was a leading destination for Russian holidaymakers, which she said is also boosting the quality and scope of relations between the two countries.

Ms Manilova went on to add that focus now should be placed on theme tourism with priority on religious tourism. She added that Russian regions were showing a significant increase in interest for Greek thematic tourism forms such as religious tourism.

The two ministers previously worked together on the Greek-Russian Religious and Pilgrimage Tourism Conference held in Athens last month.

Ms Kountoura’s visit to Russia came to a close with a special event organized by the Greek National Tourism Organization Moscow branch on occasion of the Greece-Russia Cross-year events.