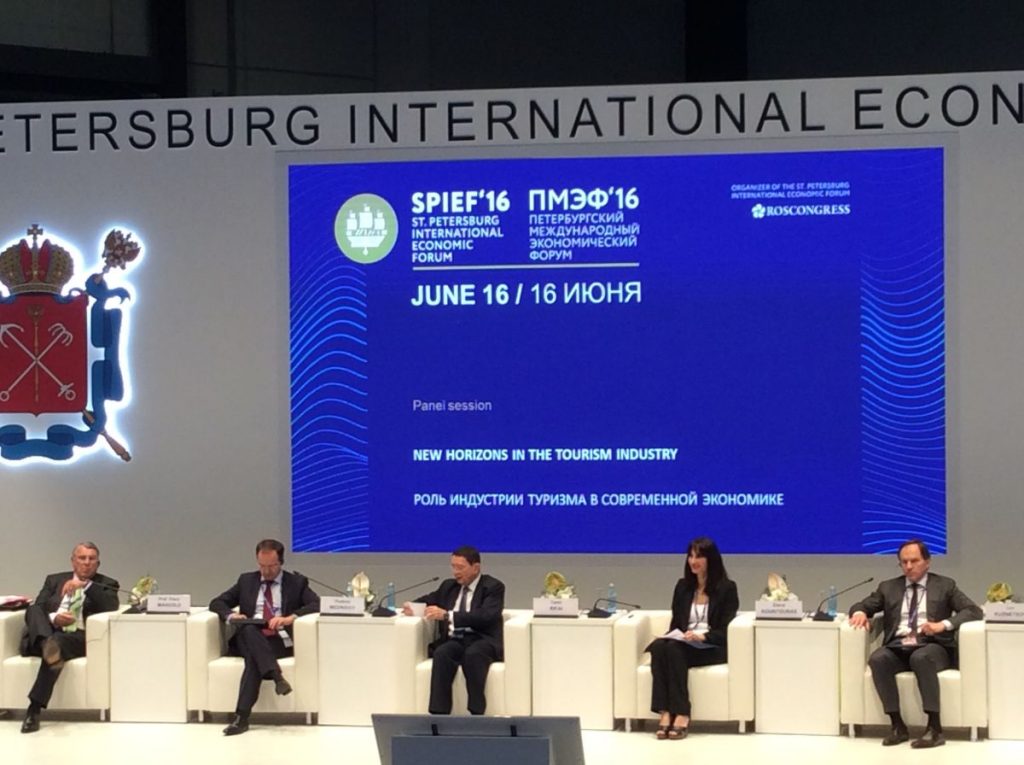 Alternate Tourism Minister Elena Kountoura on Thursday presented the tourism investment opportunities in Greece to an audience of government and business leaders from the emerging economic powers, at the 20th St. Petersburg International Economic Forum (SPIEF) in Russia.

While delivering a speech at the forum’s special session entitled “New Horizons in the Tourism Industry”, Minister Kountoura noted that Greek tourism is recording a high performance and that the government sees its further development as a national priority.

The minister said that Greece can achieve even higher tourism growth due to the stability and the restart of the markets following the successful completion of the first review of the country’s third bailout program and thanks to the country’s ongoing tourism policy.

Moreover, Ms Kountoura referred to strengthening the tourism relations between Greece and Russia within the framework of the ongoing “Greece-Russia Cross-year” events and the tourism cooperation agreements between the two countries that include joint promotional activities and are expected to bring immediate results.

Also, during the forum, the minister participated in a discussion on tourism organized by the financial newspaper Expert that was attended by Russian government officials. During the discussion, she presented the policies for enriching and strengthening the competitiveness of the Greek tourism product.

On the sidelines of the 20th SPIEF, Minister Kountoura met with the Governor of St. Petersburg, Georgy Poltavchenko and the President of the St. Petersburg Chamber of Commerce and Industry, Vladimir Katenev. She also held discussions with Russian tourism entrepreneurs, aiming to attract funds for tourism investment in Greece.