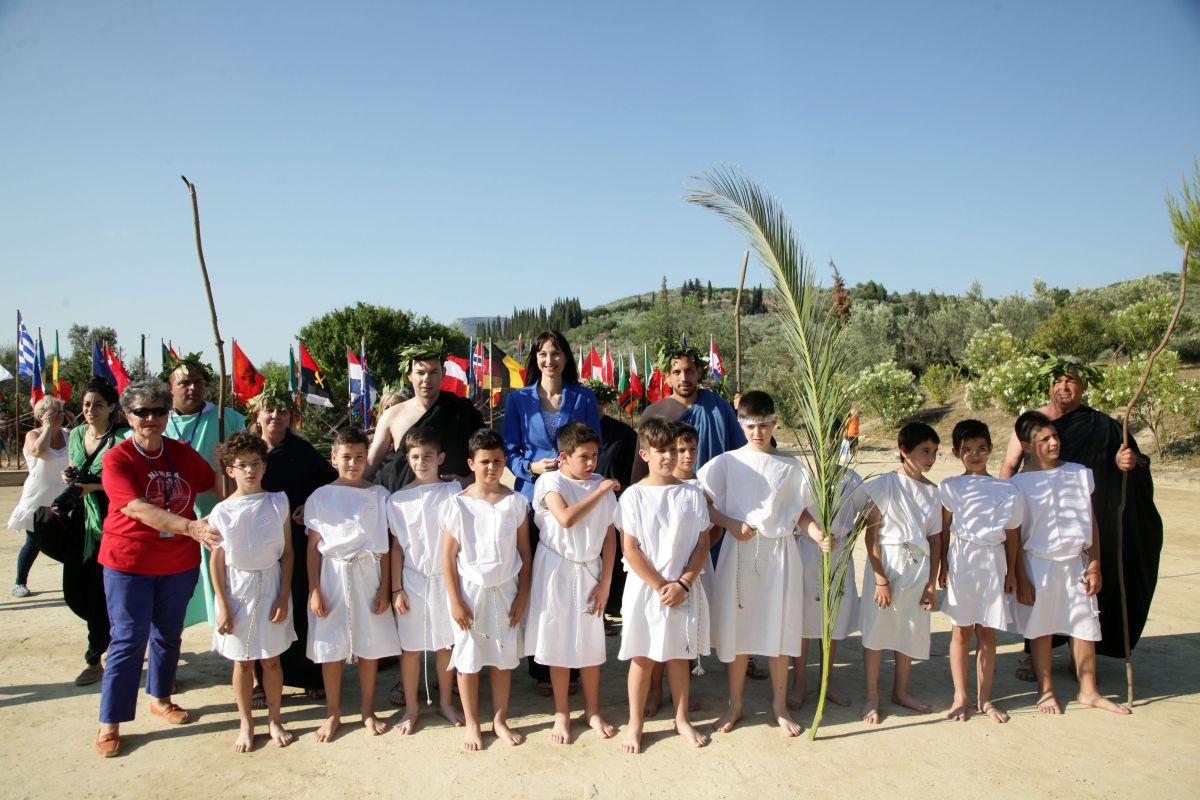 Greek Alternate Tourism Minister Elena Kountoura this weekend discussed ways to boost the international promotion of the Modern Nemean Games, a revival of ancient Greek games that have been taking place in Nemea, southern Greece, since 1996.

The sixth edition of the Modern Nemean Games took place June 10-12 and were organized by the Society for the Revival of the Nemean Games and supported by the Tourism Ministry and the Greek National Tourism organization (GNTO).

While in Nemea and in a meeting with the Society’s president, Kyriakos Spyros, and board members, the minister discussed the important role the Games could play in the promotion of the country’s cultural and sports tourism.

When speaking at the event, Ms Kountoura referred to Greek tourism’s excellent performance and highlighted the ministry’s policy which sees to promote new Greek destinations, extend the season and develop thematic forms of tourism — such as sports and cultural tourism — that generate additional and new sources of income for local economies and societies.

Moreover, the minister said the ministry and the GNTO support the Modern Nemean Games and all events, actions and initiatives that significantly boost the international promotion of Greek tourism, Greek culture and the sporting ideal.

The Modern Nemean Games were revived by American archaeologist Stephen G. Miller as an attempt to bring back to life the ancient festivals that were based, like the Olympics, on athletic competitions.

A professor emeritus of classical archaeology at the University of California, Berkeley, Mr Miller first came to Nemea in 1973 and led the excavation that unearthed the temple and stadium of Nemea, one of the four major sites where Ancient Greek games were held including Olympia, Delphi and Isthmia.

Today, Mr Miller is the former president of the Society for the Revival of the Nemean Games and honorary professor and head of excavations at the archaeological site of Nemea.

Ms Kountoura thanked Mr Miller for his invaluable contribution to the promotion of the region’s cultural wealth and the establishment of the institution.

She also met with the Mayor of the Municipality of Nemea, Kostas Kalantzis, and discussed ways to further cooperate for the tourism development of Nemea and the wider region.

Lasithi Tourists to Learn Secrets of Cretan Dance at Workshop