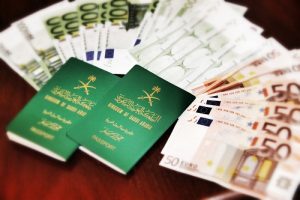 The visa grants a five-year residence permit renewable for third country nationals who purchase — individually or through a legal entity — property in Greece valued at a minimum of 250,000 euros, or who have taken out a minimum 10-year lease in hotel accommodation or tourism facilities. The residence permit does not foresee a right to employment and citizenship can only be granted after seven years of residency.

Tryfonopoulos described the move as a “stimulus measure” to boost the country’s economy and added that Greece was reaching out to the Saudi market with a number of initiatives.

In this direction, he referred to the 2nd Greek Tourism Workshop held in Riyadh in April, with the participation of over 130 travel agents and tour operators.

Meanwhile, also speaking to Arab News, the Ambassador of Greece to Riyadh Chronis Polychroniou noted that Saudis have been traveling regularly to Greece for over 25 years. “We are expecting more Saudis in 2016. Last year, we had around 10,000 visitors, a 30 percent increase from the previous year,” he said.

Greece’s ongoing investor visa program has thus far issued more than 1,056 special visas to individuals who have invested over 250,000 euros in Greece.