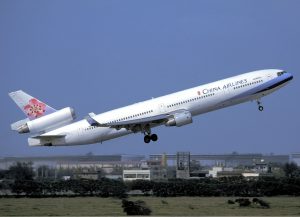 It seems that direct flights from Taiwan to Athens for the summer period are up in the air after Greece’s Civil Aviation Authority rejected China Airlines (CAL) request for a landing license.

Taiwan’s largest carrier has decided to cancel its Greece itinerary for the months of June to October after the Greek Civil Aviation Authority rejected its request, which it said was under the jurisdiction of the Foreign Ministry due to the political relations between Taipei and Beijing.

The Taiwan-based airline has since March collaborated with six local tour operators — Lion Travel, Cola Tour, Artisan Tour, South East Travel Service, Phoenix Tours and MITravel — for the promotion of 18 direct charter flights to run between June 3 and October 7. The company now says it is reimbursing or forwarding the more than 1,000 travelers who have already purchased tickets for Greece.

“We had a flight planned for June 3, but we were not given clearance. We have no idea why (our request) was rejected,” said CAL President Chang Yu-hern.

Meanwhile, the Taipei Representative Office in Greece expressed its dissatisfaction to Greek daily Kathimerini, adding that there are “currently more than 100 commercial flights flying across China mainland and Taiwan every day”. The Taiwanese representation added that direct flights are always beneficial for tourism.

Taiwan (ROC), known as the Republic of China, is an island off the southern coast of China governed independently from mainland China (PRC) since 1949.