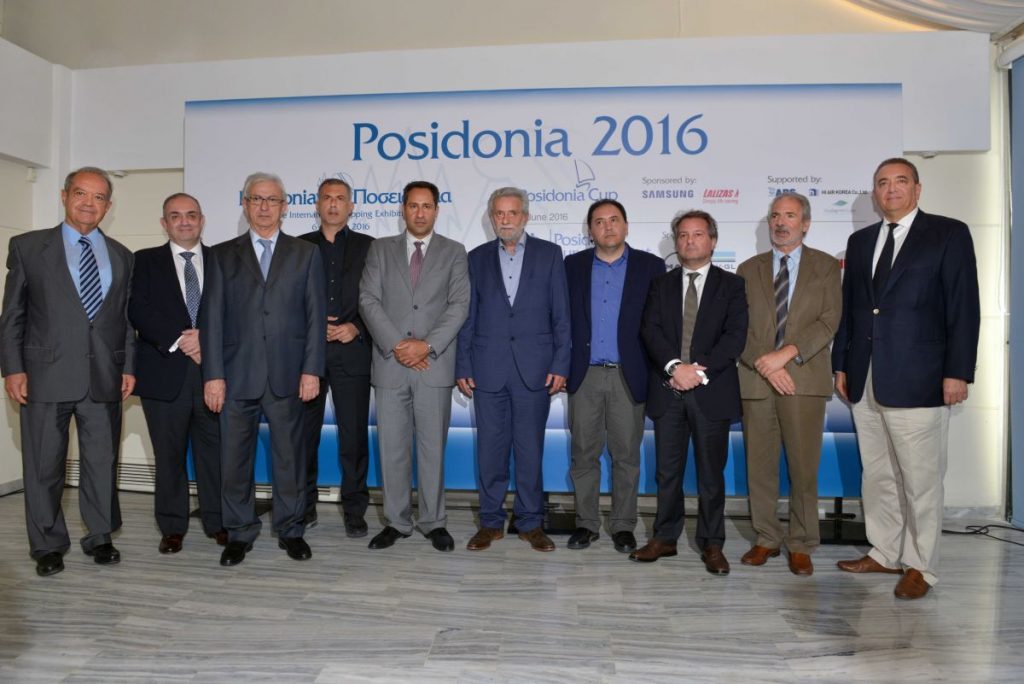 The organisers of Posidonia, the world’s most prestigious maritime exhibition, have confirmed a 15 percent growth in size for this year’s event, as the committed total of over 40.000 square metres of exhibition floor space together with a record 40 conferences and new sporting events make the 2016 edition the biggest in the event’s almost 50 year-long history.

Over 1,800 exhibitors from 89 countries will participate at Posidonia 2016 which opens its doors on June 6 for a week that will see intense networking and business dealing between the world’s most prominent shipping industry executives who will converge at the Athens Metropolitan Expo for the biennial maritime show.

In total, some 20.000 visitors are expected to walk the ambient halls and corridors of the state-of-the-art venue which every two years becomes the global hub of attention for an industry which carries around 90 percent of world trade. The gravitas of Posidonia and its reputation as the most important shipping event is mainly owed to its status as the home of Greek Shipping, who control some 20 percent of the world’s dwt tonnage.

“The growth of Posidonia is the result of the resilience of the Greek shipping industry which has managed to cope with the current challenging conditions and maintains its leadership position thanks to its entrepreneurial spirit and by continuously upgrading and reinventing its product,” said Theodore Vokos, Executive Director, Posidonia Exhibitions S.A., during a press conference to mark the launch of the 25th edition of Posidonia.

Currently, the Greek-owned fleet’s average age is 11,2 years and comprises 4.585 ships, representing 19,63% of the global fleet in dwt.

“In spite of fierce international competition, Greece’s ocean-going shipping sector maintains the highest ranking in the world and we continue to expand as our current newbuilding order book contains 350 ships under construction,” said George Pateras, President of the Hellenic Chamber of Shipping.

At this year’s Posidonia, a record of more than 200 shipyards led by traditional shipbuilding nations, China, Japan and South Korea, will hope to attract the attention of the owners of the world’s largest fleet at an event synonymous to newbuilding deals.

More than 80 Information and Communications Technology (ICT) firms will vie for a slice of the smart vessel wave that has engulfed operators due to regulatory changes and the need for improved performance. And from specialist shipping suppliers, such as ballast water management and propulsion system providers, to service providers from the travel, health, safety and education sectors, the premises of the exhibition will once again buzz with the aura of global shipping’s brightest brands and minds.

Moreover, the Posidonia 2016 conference programme is expected to be yet another reference point offering more reasons to visit for decision-makers, high ranking executives, analysts and the media from around the world. The 2016 conference programme includes 40 confirmed presentations, seminars and workshops delving into the global maritime community’s prime focus, strategic priorities, issues and concerns.

Exhibitors and visitors of Posidonia are also expected to take advantage of the Posidonia Games, the ultimate networking platform comprising trademark sailing, football, golf and running events that are scheduled on the weekend leading up to the opening of the exhibition.

In total, over 2,500 shipping industry professionals from all over the world have registered to participate in the Games, a concept which has helped prolong hotel night stays for many Posidonia exhibitors and visitors further boosting revenues for Athens’ hospitality sector and further fueling overall Posidonia spending across the city’s transportation, catering and entertainment sectors, which is estimated at Euro 60 million for the duration of the exhibition.

Lufthansa is the ‘Official Airline’ for Posidonia 2016 Shipping Exhibition