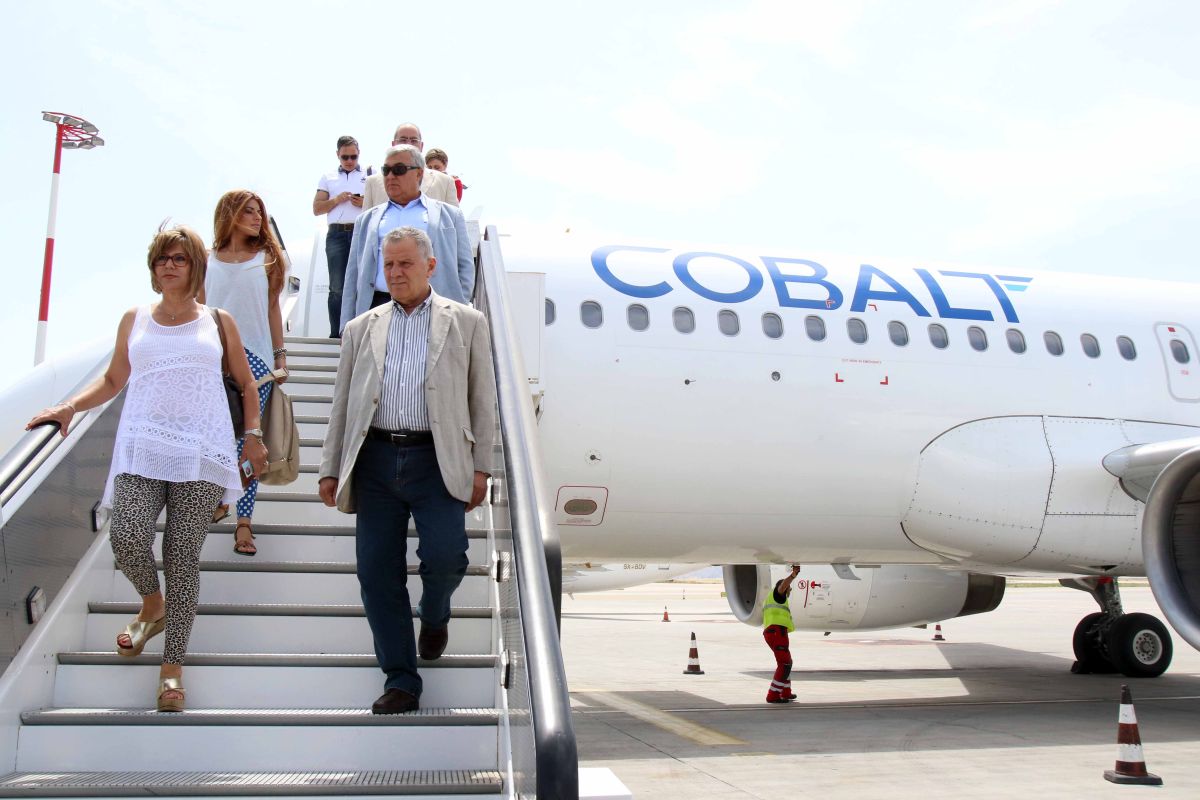 Cobalt, the new Cyprus-based airline, on Wednesday launched its first flight to Athens from Larnaca.

“Recognizing the leading position of Greece on the preferences list, but also in the hearts of Cypriots, we chose Athens as the destination for our maiden flight”, the company’s chairman Gregory Diakou said during a media event held at the Sofitel Athens Airport hotel shortly after landing.

Cobalt will operate three daily flights from Larnaca to Athens.

Flights to the UK and other European destinations are expected to be added to Cobalt’s flight schedule by the end of June, when the company’s fleet will be enhanced by three more aircraft.

The carrier’s initial flight schedule will include flights to Athens, Thessaloniki, Heraklio, Chania, London, Manchester, Dublin and Paris, while more destinations are expected to be added soon.

According to Mr Diakou, Cobalt aims to build on the success of low-cost airlines, with the ambition to offer services that will both fill the void left by Cyprus Airways and enhance the image of Cyprus as an all year destination and as a regional air base.

The airline’s maiden flight to Athens took off just two weeks after it obtained its air operator’s certificate from the Department of Civil Aviation of Cyprus.

According to reports, Cobalt is owned by Cypriot nationals but has a significant Chinese investment component.

The company, located in the Artemidos Tower near Larnaca Airport, already employs over 150 staff. A large number of Cobalt’s staff are former employees of Cyprus Airways.

Cobalt is the second new airline to take off from Cyprus this year, following TUS Airways.

Aktina is the ‘Official Travel Agent’ for Posidonia 2016 Shipping Exhibition