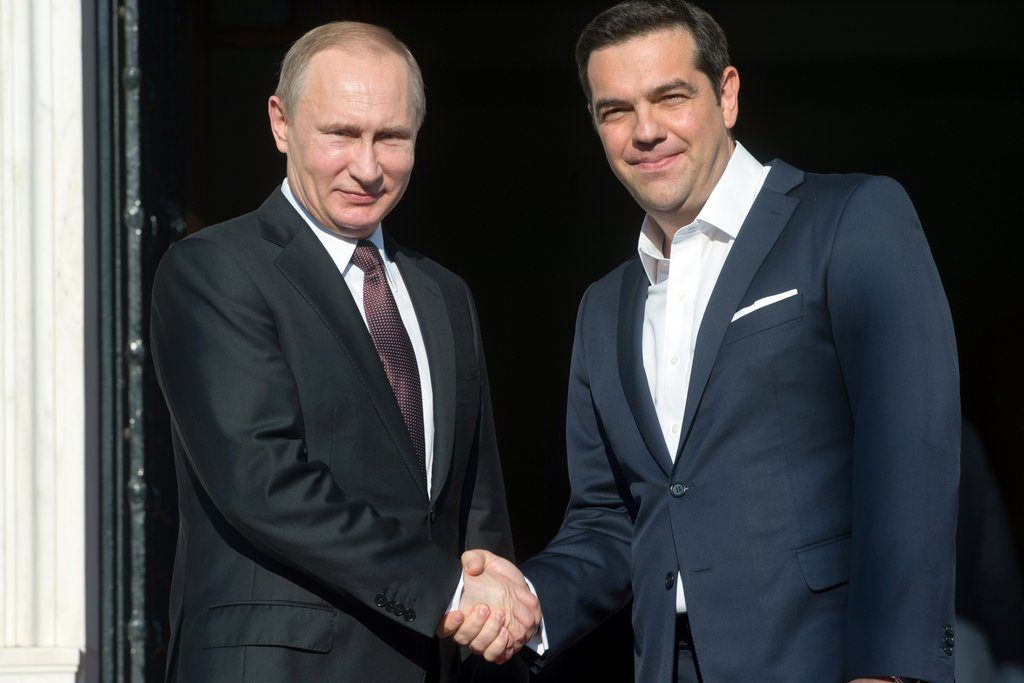 Multi-level cooperation in energy, science, technology and tourism, investments in the private and public sectors (infrastructure, ports, mining, pharmaceutical, agri-food) as well as politics topped the agenda of Russian President Vladimir Putin’s weekend visit to Athens, which came to a close with a trip to the monastic state of Mount Athos in Halkidiki.

Deals secured included those between Enterprise Greece and Invest in Russia, ELPE and Rosneft, Piraeus University and the Ural State University, as well as Greece’s Centre for Renewable Energy Sources and Russian Institute of Energy.

At the same time, the two leaders also agreed on Greek-Russian dialogue on international and regional issues of mutual concern.

“Cooperation with Russia is a strategic choice for Greece,” Prime Minister Alexis Tsipras told a press conference after his meeting with the Russian leader, adding that this partnership will be further strengthened in the coming period “to the benefit of our peoples, economic development, peace and cooperation in the region”.

On his part, the Russian leader said there was great room for cooperation, particularly in energy, adding that Russian investments in Greece thus far amount to 700 million dollars.

Putin, accompanied by Patriarch Kirill of Moscow, visited Mount Athos to mark 1,000 years of Russian presence there, where he was welcomed by the Holy Community of the independent monastic state.

The Russian president thanked the Ecumenical Patriarchate and the Church of Greece for their contribution to the development of relations with Russia and praised the significance of the work done at Mount Athos for the promotion of moral values.

Putin’s visit was organized as part of the “Cross-year Greece and Russia”, which includes celebrations in both countries such as art and archaeology exhibits, economic forums and conferences as well as cultural, educational and tourism initiatives.