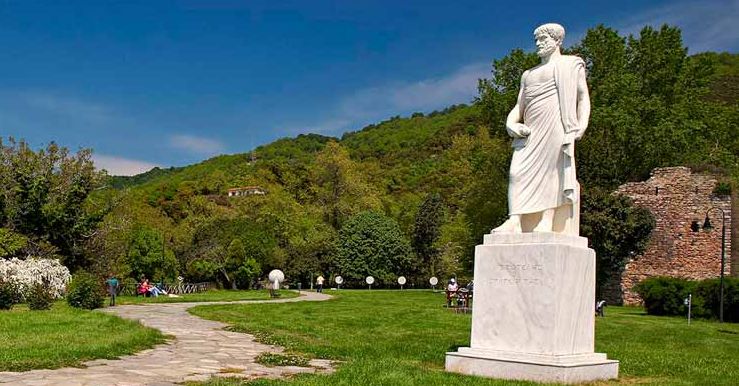 Greece may be commemorating 2,400 years since Aristotle’s birth but it seems there’s more to celebrate as a Greek archaeologist revealed on Thursday that he had found the great philosopher’s tomb.

Speaking to the “Aristotle 2,400 Years” world congress held in Thessaloniki this week, Kostas Sismanidis said that after two decades of excavation work he “has strong indications” that he has unearthed the tomb of Aristotle in the ancient village of Stagira, Aristotle’s birthplace, some 40 miles east of Thessaloniki.

“We had found the tomb,” he said. “We’ve now also found the altar referred to in ancient texts, as well as the road leading to the tomb, which was very close to the city’s ancient marketplace within the city settlement.”

Meanwhile, artefacts, pottery, and more than 50 coins also found in the area place the tomb and altar chronologically to the times of Alexander the Great, who was Aristotle’s most famous student, in 323 BC.

Today, some 250 Aristotle experts from 40 countries will have the chance to walk along the Aristotle Trail, where the Greek philosopher once strolled 2,400 years ago and visit the tomb.

Aristotle, who was born in 384 BC and was a pupil of Plato. The year 2016 has been designated “Aristotle Anniversary Year” by UNESCO with a wide variety of events taking place across Greece.