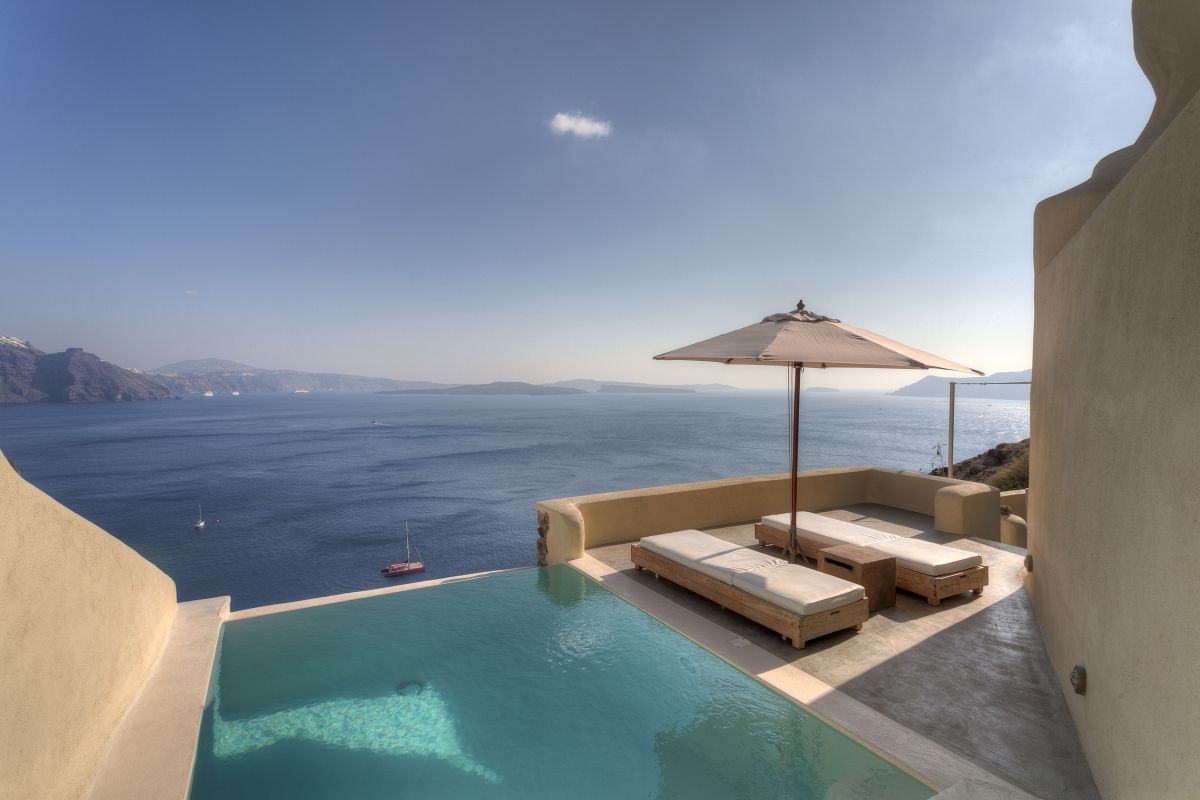 Mystique, a Luxury Collection Hotel on Santorini, has continued adding to its already extensive list of accolades, being among the 20 Most Beautiful Hotels in Europe, according to CNN Travel and becoming one of the winners of the 2016 BRIDES Best Honeymoon Resorts in Europe.

Mystique was also recently named as one of the 10 Most Beautiful Clifftop Hotels in the World by Condé Nast Traveler, placing the hotel fourth worldwide. The luxury hotel was the only enterprise from Greece on the list. “Built right into the face of Santorini’s dramatic sea cliffs, Mystique boasts unrivaled views over Santorini’s caldera and the southern Aegean Sea”, CNT travel writer Krisanne Fordham describes. “The boutique hotel’s 39 whitewashed, free-form rooms are also carved directly into the cliff, and feature uninterrupted vistas across the caldera all the way to Fira, the island’s capital. Mystique’s pool bar, Aura, makes for the ideal spot to watch the sunset.”

Roberta Correia from BRIDES adds that “what makes your heart pound is the view to the Aegean Sea” and CNN Travel underlined that “the Mystique hotel has some of the best views of the dormant volcano caldera over which Santorini is perched”. 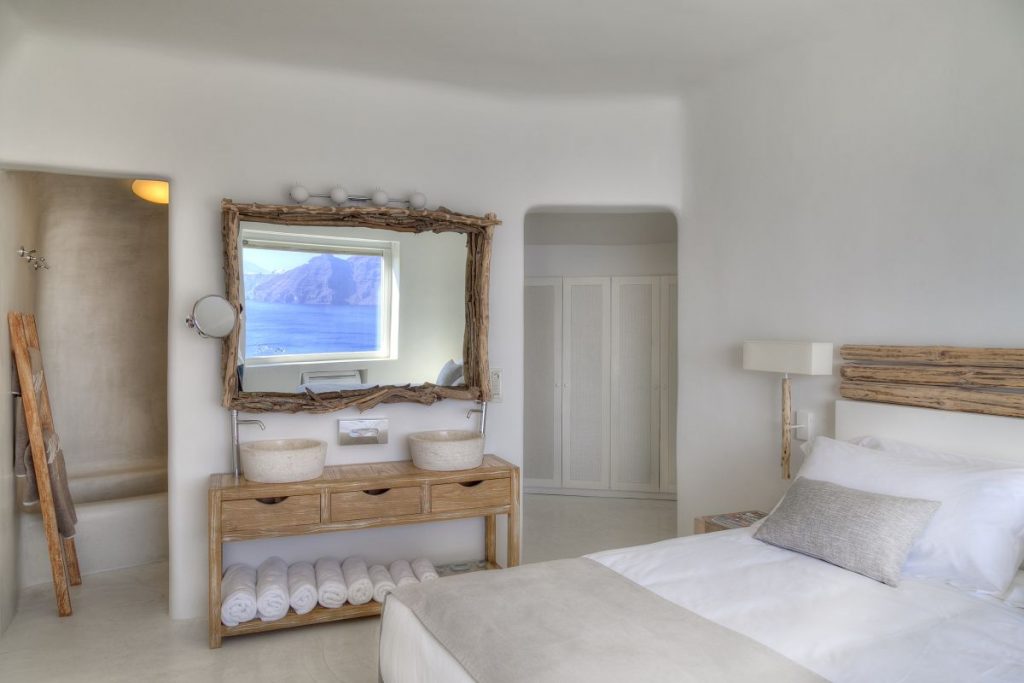 Mystique has made quite a name for itself among newlyweds and eternal romantics for its whitewashed curves and classic Santorinian architecture perched on the steep caldera cliff in Oia village. The hotel combines elegance, tradition, luxury service, relaxation and Santorini’s legendary sunset.