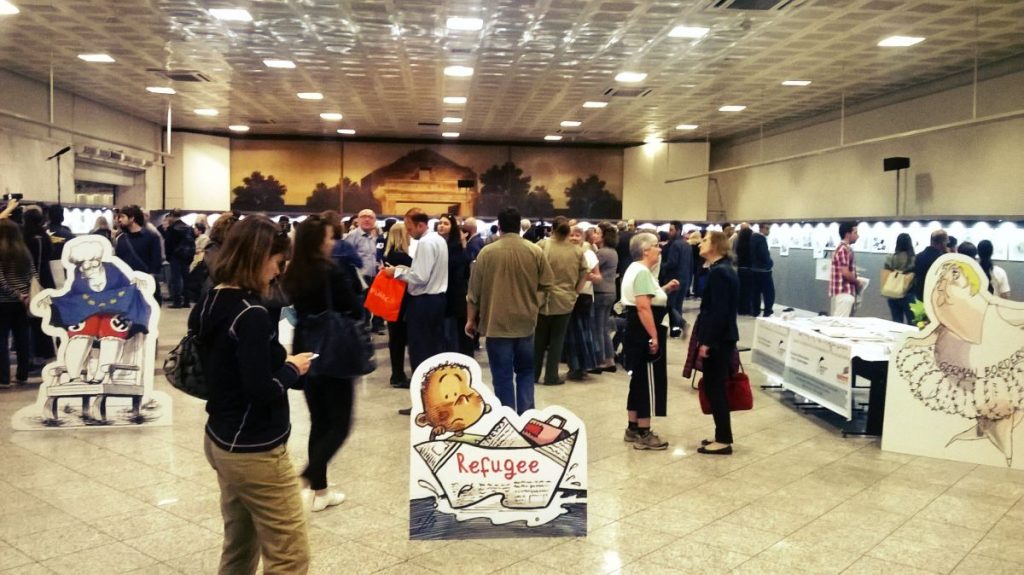 A cartoon exhibition that aimed to show the reality of the refugee crisis took place this month in the multipurpose hall of the Syntagma metro station in Athens.

The exhibition entitled “Suspended Step” originally kicked off on Rhodes in early March, then travelled to Kos, Leros and Agathonisi and made a stop in Athens on May 8 until May 14.

During the exhibition in Athens, 120 projects of 28 cartoonists were on display and described the refugee issue by using the universal language and power of the art of sketching, which included doses of satire and messages of solidarity and humanism. 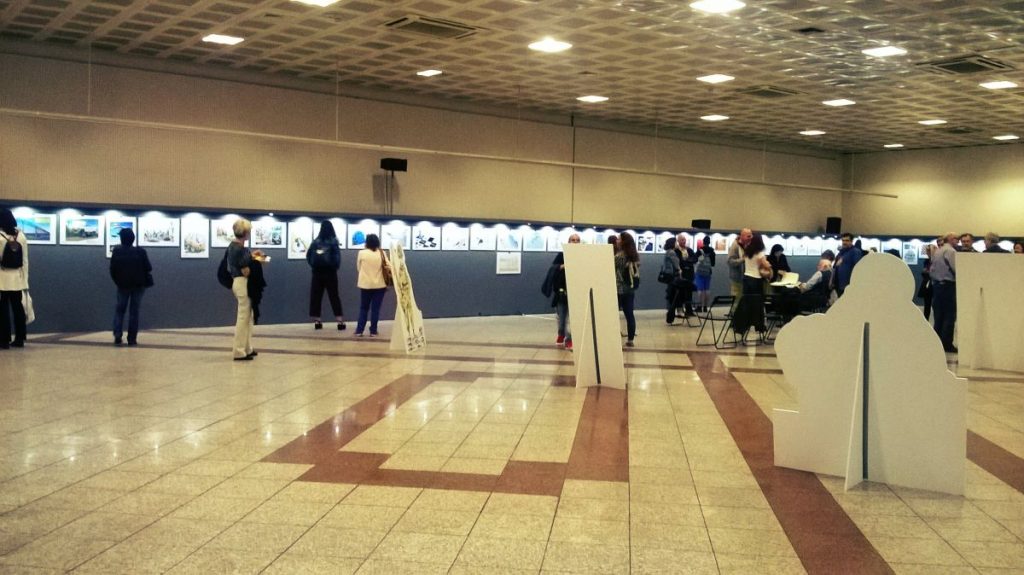 The exhibition, held in memory of cartoonist Yiannis Kalaitzis, is co-organized by the Greek Cartoonists Club, the South Aegean Region, and the Journalists’ Union of the Athens Daily Newspapers (ESHEA) and held with the support of STASY (Urban Rail Transport)and under the auspices of the President of the Greek Republic.

According to the organizer’s, the exhibition’s next stop is hoped to be in Brussels.

The music and sound coverage of the exhibition was undertaken by Cosmosound Entertainment, a Greek company that has been providing quality entertainment services throughout the country since 1994.

Kea Steps in as Diving Destination, Showcases 100 Years of Shipwrecks