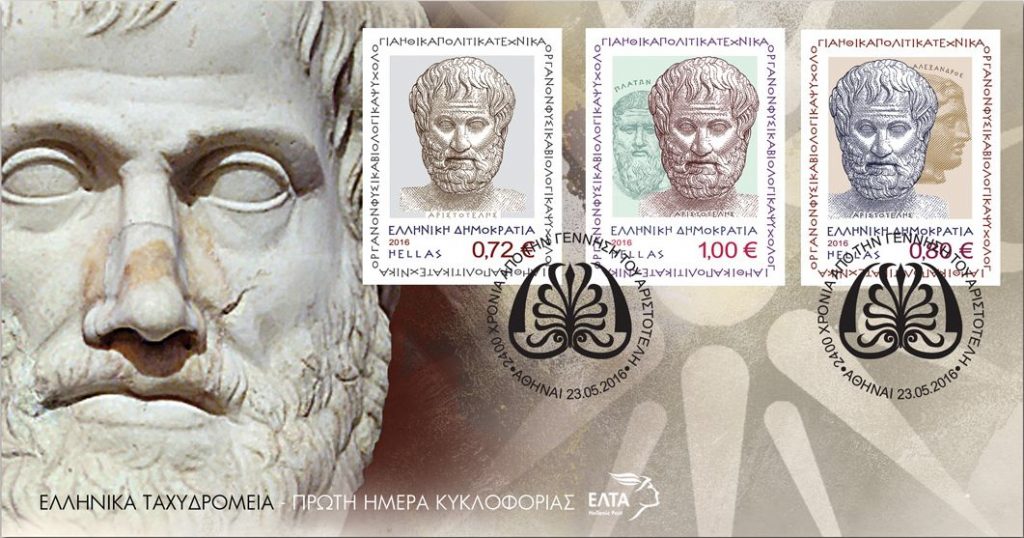 Marking 2,400 years since the birth of Greek philosopher Aristotle, the Hellenic Post (ELTA) is issuing a commemorative set of stamps paying tribute to one of the world’s greatest thinkers to be presented during the “Aristotle 2400 Years” world congress which kicks off today at the Aristotle University in Thessaloniki.

Organized by the Aristotle University and the Interdisciplinary Center for Aristotelian Studies (DIKAM), the weeklong event brings 250 experts from 40 countries who will exchange views and findings on the great philosopher who was born in 384 BCE, became a student of Plato, the tutor of Alexander the Great, influencing the history of human thought.

The year 2016 has been designated “Aristotle Anniversary Year” by UNESCO with a wide variety of events taking place across Greece. Participating in the tribute, ELTA has issued the commemorative stamp series available at the Hellenic post offices and at the Central Philatelic Office until they sell out.

The stamps were designed by Fine Arts School professor John Gourzis and will also be available during the congress through to May 28.