The Ovation of the Seas, one of the largest cruise ships of Royal Caribbean International, arrived in the port of Piraeus on Sunday, May 15.

The latest ship in the luxurious new Quantum Class, Ovation officially started its voyage in April, departing from Southampton, UK, to Tianjin China, as part of the 52-day Ovation Global Odyssey.

Featuring 18 decks, measuring 348m in length and with a gross tonnage of 168,666 GT, the Ovation cruise ship can reach a maximum speed of 22 knots even when at its maximum passenger capacity of 4,905 (4,180 double occupancy).

Ovation of the Seas features an outstanding range of on board facilities and boasts some ground breaking at sea activities and attractions including Broadway shows, RipCord by iFLY — the only at sea skydiving experience, North Star, an incredible observation capsule suspended 300ft above sea level and offering breathtaking 360 degree views of the sea and in port destinations, spa, nine meters climbing wall, casino royale, children’s pools and many other technological innovations. 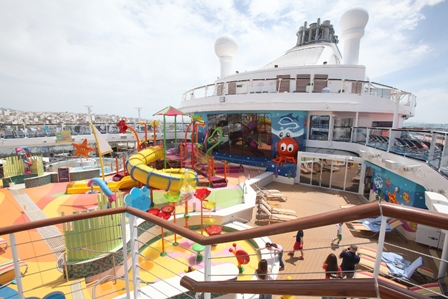 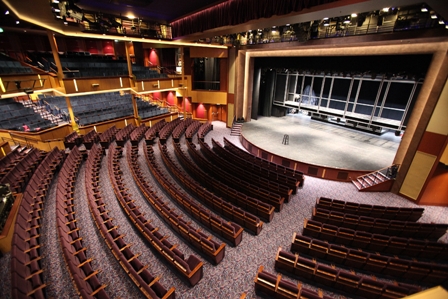 “The Ovation of the Seas comes to add new innovations to cruise in the modern era, reflecting the requirements of travelers in the new world of the digital age,” said Andreas Stylianopoulos, the president and CEO of Navigator Travel, exclusive agent of Royal Caribbean Cruises in Greece.

“The benefits of the cruise ship come to satisfy any desire of the traveler by adding unique experiences. With Ovation of the Seas we invite travelers of the Greek Cypriot and Balkan market to experience a unique trip tailored to their own requirements through a wealth of benefits and options”, Mr Stylianopoulos added.

An award winning company, Royal Caribbean Cruises has 24 of the most innovative cruise ships in the world, that travel to the most popular destinations in Bermuda and the Caribbean, Europe, Canada and New England, Alaska, South America, Asia and Australia and New Zealand.