The Foundation for Environmental Education (FEE) has selected Greece as the venue to host its first international “Blue Flag” ceremony, during which the winners of the prestigious accolade will be announced. 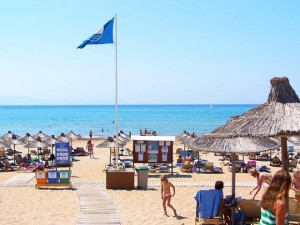 The “Blue Flag” is the most recognized and popular international ecological symbol of quality in the world. It is awarded to beaches all around the globe that follow strict requirements that refer to the quality of seawater, cleanliness, organization of the swimming area, safety of bathers and protection of the environment, among other factors.

Until last year, the global results of the “Blue Flag” program for the 50 countries participating, were announced via a press release sent from FEE’s headquarters in Denmark.

The event, which is expected to be a unique opportunity for Greek tourism to receive international promotion, will be held at the Porto Carras complex in Halkidiki on Wednesday, May 25, and attended by government officials, politicians and local authorities of Halkidiki and Thessaloniki and many tourism bodies. 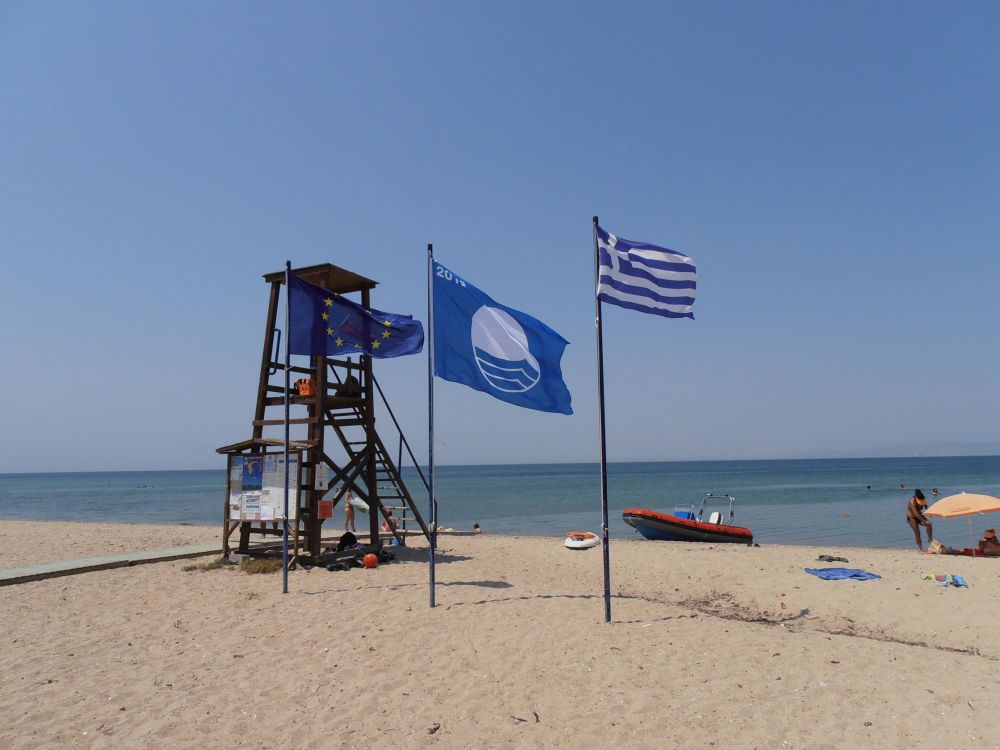 “This year, the FEE has chosen Greece, during a difficult period for the country, as the venue to announce the internationally awarded beaches and marinas, at a special event organized by the Hellenic Society for the Protection of Nature, the program’s coordinator for Greece”, FEE vice president, Lesley Jones, said in an announcement, underlining that this is the first time the results are announced this way.

“We want to emphasize our support this way, for one of our oldest Member States that has a strong presence in all environmental educational programs”, she added.

On his part, the president of the Hellenic Society for the Protection of Nature, Nikos Petrou, said the Blue Flag is a powerful tool for promoting Greek tourism.

“But at the same time it is a powerful tool for protecting the environment of the sensitive coastal area, through responsible and sustainable management of environmental awareness”, Mr Petrou said, adding that Greece is consistently among the first countries in number of awarded beaches.

“Our goal is to continuously increase them and, why not, to become number one in the world”, he said.

The program and the event will be held under the auspices of the Ministry of Economy, Development and Tourism and the Halkidiki Tourism Organization.

This year, for the first time, the Blue Flag international jury will also award tour operators in marine tourism.