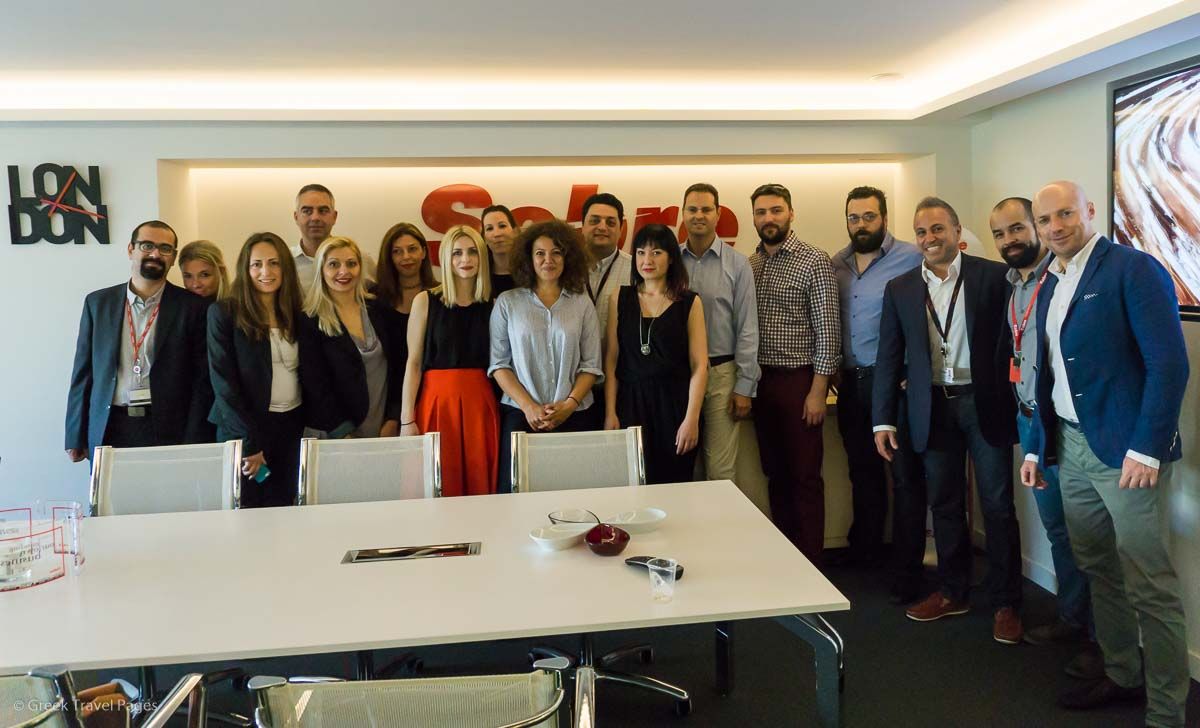 On April 20, the Sabre team in Athens hosted its first-ever opening event for customers and suppliers in the brand new office in Chalandri. The new office is part of a growth and investment in the market, following the development in the EMEA region.

Europe is Sabre’s fastest growing region, with 14 percent revenue growth last quarter of 2015, with some quarters grew as much as 20 percent. Sabre has launched more than 120 new products over the past 4 years – specifically for EMEA; the acquisition of Trust, Frankfurt-based, significantly strengthen the European hotel presence increasing Sabre’s hotel customer base by 30 percent to approximately 32,000 hotels globally.

As highlighted during the opening event, Sabre is heavily driven by innovation. There is an entire Sabre Labs looking into all kinds of trends, and the disruptive technology with the greatest potential to disrupt the tourism industry in the 5-10 year timeframe are things that are already evolving such as wearable user interfaces, personal advisors based on cognitive computing based natural language interfaces, sensor-enabled ‘smart’ everything (vehicles, clothes, robots, etc.), predictive and prescriptive analytics, the evolution of cryptocurrencies, … the list goes on.

Sabre has clear priorities across EMEA and our own investments can show it: we opened 22 new countries since 2011 in EMEA, including Turkey, South Africa, and Spain; we are planning upcoming launches in Ukraine, and Georgia.

Sabre’s Greek office is led by Andreas Syrigos, who brings a strong technology experience and expertise to support the growth agenda in Greece.

“At Sabre we are breathing ongoing investments in the travel and tourism sector, and a growing appetite for new technology. We look forward to supporting the local industry and partnering with agencies who want to differentiate themselves using the latest and most innovative technology”, said Mr Syrigos, Country Director at Sabre in Greece.

Serving the industry from its new office in Athens, Sabre’s experienced team of travel and technology consultants will partner with travel agencies – online and offline – to drive adoption of Sabre’s technology.

MSC ‘Orchestra’ Gives Piraeus Thumbs Up as Home Port for 2016