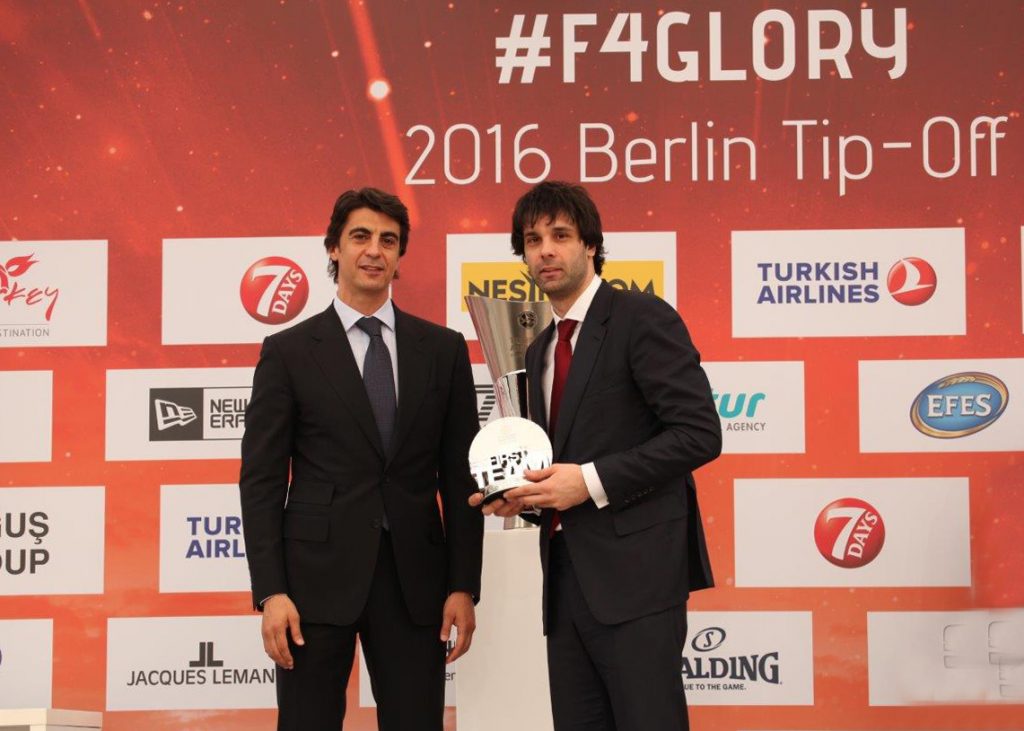 On May 13th and 15th, Turkish Airlines gathers the best European association teams to the Final Four in Berlin.

The best four European basketball teams meet each other in the Turkish Airlines Euroleague Basketball Final Four in the capital of Germany for the second time. The final tournament of the most important association title of Europe was hosted at the sold out Mercedes Benz arena in Berlin in 2009. After Paris, Barcelona, Istanbul, London, Milan and Madrid the competition once more finds its highlight in front of German scenery.

The European basketball elite, which could assert itself against 20 other top-level competitors in the course of the season, will face each other in the Final Four of the Turkish Airlines Euroleague. During the semifinals on the May 13, Fenerbahce Istanbul lines up against Laboral Kutxa Vitoria from Spain and ZSKA Moscow plays against their compatriots Kuban Krasnodar from Russia. The winners make it to the Turkish Airlines Euroleague final. Dirk Bachmann, the most successful German basketball coach, will also take part in this event as ambassador.

Euroleague Basketball was brought to life in the season 2000/2001. Since then, it is settled under the supervision of the ULEB (union of the Ligues Européennes of the basketball) every year.

Turkish Airlines became official title sponsor of the most important competition in European basketball as well as of the according final tournament in 2010. The successful partnership will continue until 2020.

“Besides strengthening the corporate cooperation initiated in 2010 with Euroleague Basketball, Europe’s top-level basketball event and one of the most popular basketball organizations in the world, we’ve built a great brand appeal of Turkish Airlines across the world while we continue to move towards the goal of excellence in the international aviation industry”, said Ahmet Olmustur, Chief Marketing Officer (CMO) of Turkish Airlines.

“We are proud be the eponym of the Turkish Airlines Euroleague and global sponsor of the eurocup for six years now”, he added.

Turkish Airlines and the German capital as this year’s venue are linked in a longstanding relationship – 43 years ago their first airplane landed in Berlin.