Greek Hotel Industry Up Against Slow Bookings, Overtaxation and ‘Underground Economy’ this Year 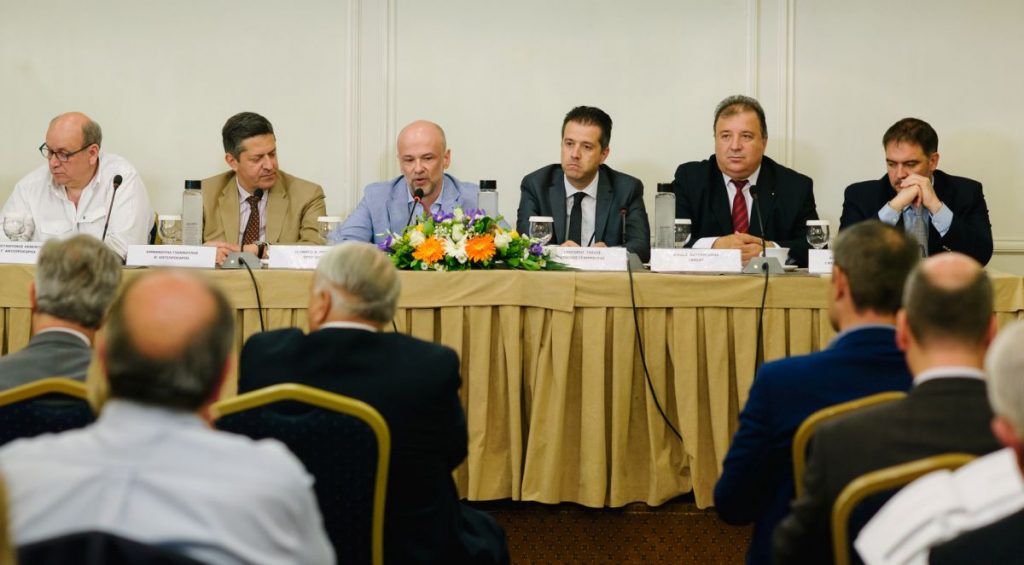 General Assembly of the Hellenic Federation of Hoteliers.

This year has become a challenging time for the Greek hotel industry with many diverse challenges being thrown its way such as lagging bookings, overtaxation and the “underground economy” created by short-term home rentals, the Hellenic Federation of Hoteliers said on Wednesday.

According to statements of Greek hoteliers heard during the federation’s annual general assembly in Athens, bookings are moving on a slow pace in almost all regions of the country, except mainly the Ionian islands, compared to the same period in 2015 and compared with the beginning of the year.

In some destinations, bookings are slightly up or are moving on the same level compared to last year, but reservations in other parts of Greece are down with the highest percentages recorded at destinations whose image was most affected due to the refugee crisis, such as Kos.

Also, many hotels in destinations such the Dodecanese islands, Crete and Halkidiki, have extended their summer offers until the end of May in an effort to boost sales during the peak season and ensure better occupancy.

“Underground economy” on the rise

Moreover, according to the federation, Greek hotels are also faced with the rise of the “underground economy” of short-term home rentals, which have spread throughout Greece.

“We will not keep quiet for anyone on the issue of private rentals”, the federation’s president Yiannis Retsos said, referring to the situation as “the epitome of absurdity”.

Mr Retsos stressed that new taxes are being imposed on legal and consistent hoteliers while the vast underground economy — that equals to revenue loss of at least 270 million euros for the state — has been left untouched.

“Hotel occupancy is lagging significantly even in the destinations that are recording remarkable growth in terms of arrivals, which indicates the size of the underground economy since more and more visitors are booking at private accommodation”, he added.

According to hoteliers, Athens and Thessaloniki are facing the biggest problem in regards to such accommodation but the problem has now spread to regional destinations, such as Chania.

Mr Retsos said that besides the underground economy and unfair competition, caused by the inability of the state to regulate this market seven months after its “unconditional liberalization”, it is also a matter of health and safety for tourists staying in such places.

Hoteliers say “no” to new levy

The federation also labeled the rumored new levy on hotel accommodation (which is said to be based on occupancy rates, per night stay) as “catastrophic” for the hospitality industry.

At the general assembly hoteliers unanimously stressed that the imposition of such a levy would have devastating effects on the demand for Greece since it will significantly increase the cost of the hotel product in addition to other charges likely to arise through the new increase in the value-added tax (VAT) and indirect taxes.

The federation called on the government to abandon the idea and every other thought of imposing new taxes on the Greek tourism product.