Greece Still Pondering Best Way to Get Parthenon Marbles Back

The Greek government is moving ahead with a series of political and diplomatic actions towards the repatriation of the Parthenon Marbles which were illegally removed from the Parthenon by Lord Elgin in the 1800s and have for almost two centuries resided in the British Museum.

Alternate Foreign Minister Nikos Xydakis said the government’s agenda was dedicated initially to raising awareness, adding that Greece’s “arsenal” in the ongoing battle is the elimination of stereotypes and the change of public opinion, which will in turn place pressure on UK authorities to act on Greece’s just demand.

In the ongoing wrangle, Greece has also sought legal counsel which has advised taking the British Museum to the European Court of Human Rights. Other options include appealing to the United Nations Educational, Scientific and Cultural Organization (UNESCO) and applying for an advisory judgment from the International Court of Justice (ICJ). 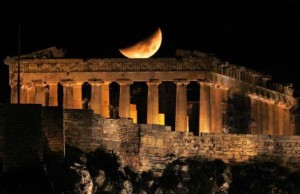 But Culture Minister Aristides Baltas told The Guardian last week, that a legal battle would unlikely lead to the return of the Marbles… “As there are no hard and fast rules regarding the issue of returning treasures taken away from various countries, there is no indisputable legal basis.”

Instead, he told the British paper that Greece is “trying to develop alliances which we hope would eventually lead to an international body like the UN to come with us against the British Museum”.

For over three decades, Greece has repeatedly called on the British Museum to return the 2,500-year-old marble sculptures that once adorned the Parthenon and have been the subject of dispute since they were unlawfully removed and sold by Lord Elgin to the British Museum in 1817.