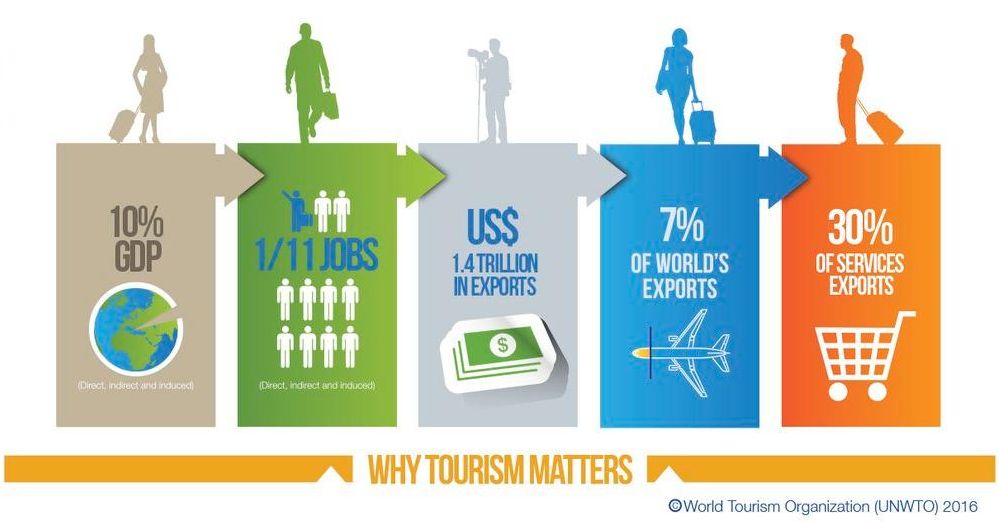 Income generated by international visitors on accommodation, food and drink, entertainment, shopping and other services and goods reached an estimated US$ 1,232 billion (1,110 billion euros) in 2015, the UN World Tourism Organization (UNWTO) said on Friday.

The figure is an increase of 3.6 percent accounting for exchange rate fluctuations and inflation. International tourist arrivals (overnight visitors) increased by 4.4 percent in 2015, reaching a total of 1,184 million.

“Despite a weak and slow economic recovery, spending on international tourism grew significantly in 2015, proving the sector’s relevance in stimulating economic growth, boosting exports and creating jobs for an increasing number of economies worldwide,” he added.

International tourism represents 7 percent of total world exports and 30 percent of services exports. The share of tourism in overall exports of goods and services increased from 6 percent to 7 percent in 2015 as for the fourth consecutive year international tourism outgrew world merchandise trade, which grew 2.8 percent in 2015 according to recent data reported by the World Trade Organization. 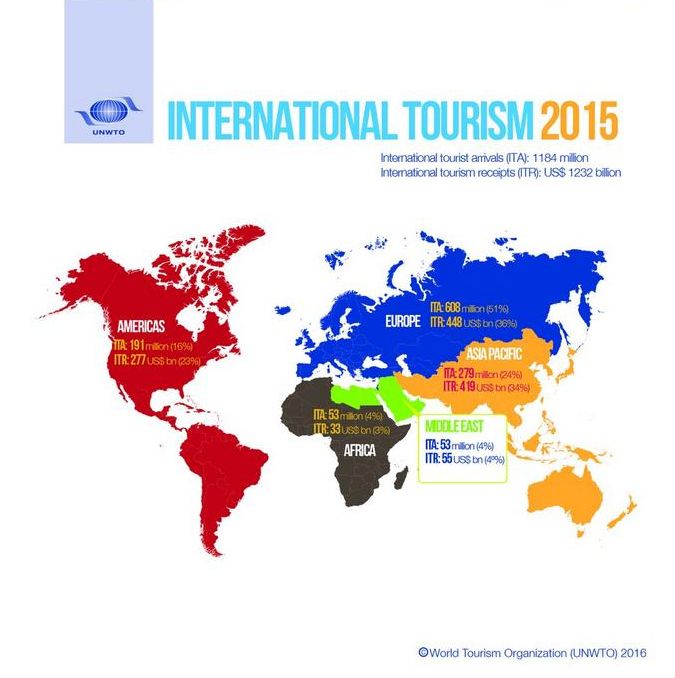 As a worldwide export category, tourism ranks third after fuels and chemicals and ahead of food and automotive products. In many developing countries, tourism ranks as the first export sector.

Unusually strong exchange rate fluctuations in 2015 seriously influenced receipts for individual destinations and regions, expressed in current US dollars. Taking into account exchange rate fluctuations and inflation, receipts in the Americas, Asia and the Pacific and the Middle East all grew by 4 percent, while in Europe they grew by 3 percent and in Africa by 2 percent.

According to the UNWTO’s preliminary data (subject to revision), the United States (US$ 178 billion), China (US$ 114 billion), Spain (US$ 57 billion) and France (US$ 46 billion) continue to be the top destinations both in international tourism receipts and tourist arrivals.