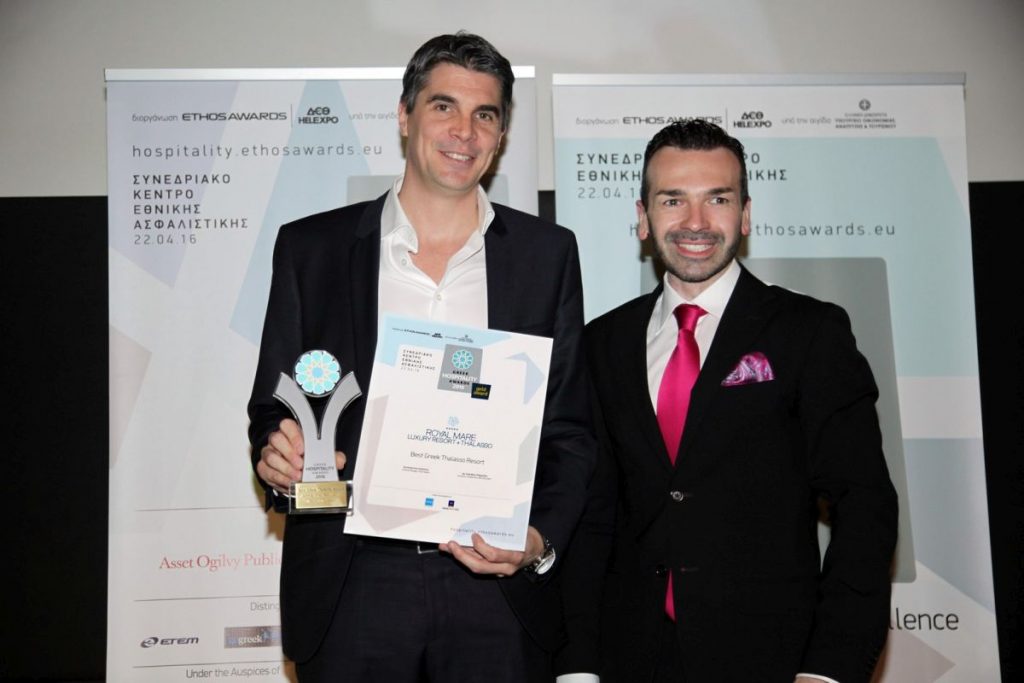 Aldemar’s CEO, Alexandros Angelopoulos, with one of Aldemar’s eight awards.

Aldemar Resorts was honoured last week with gold and silver awards in eight categories at the Greek Hospitality Awards 2016, organized by Ethos Events and the TIF-HELEXPO at the Ethniki Asfalistiki Conference Center in Athens.

In its second year, the Greek Hospitality Awards rewarded excellence in Greece’s hotel sector. Nominee hotels were evaluated by a judging team, which included acclaimed personalities of the business, academic and tourism industry, and the voting public. 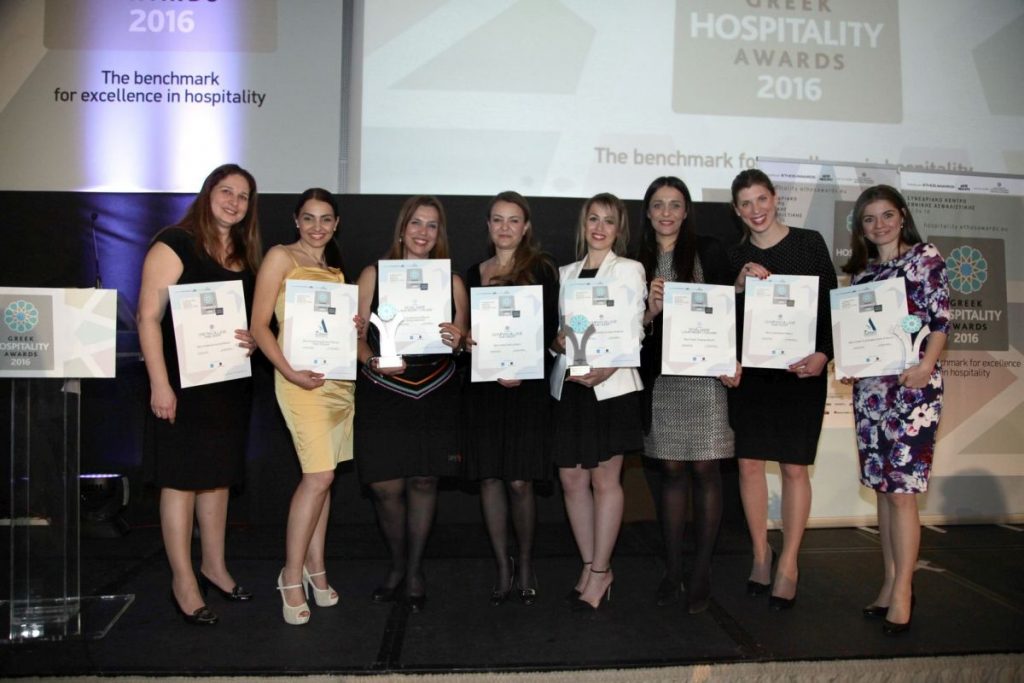 With years of promoting Greece’s culinary culture through the practices of its team of executive chefs and annually hosting the Sympossio Greek Gourmet Touring event in over 10 European countries, Aldemar was rewarded with the Silver Award for Best Greek Hotel & Resort Dining Experience.

Aldemar Cretan Village received a silver award for the Best All inclusive Resort.

Meanwhile, Aldemar’s CEO, Alexandros Angelopoulos, was awarded with one of the organization’s honorary awards and won the title of  “Greek Hospitality Rising Star” for 2016.

The Greek Hospitality Awards 2016 were held under the auspices of the Economy, Development & Tourism Ministry, the Greek National Tourism Organization (GNTO) and the Hellenic Chamber of Hotels.