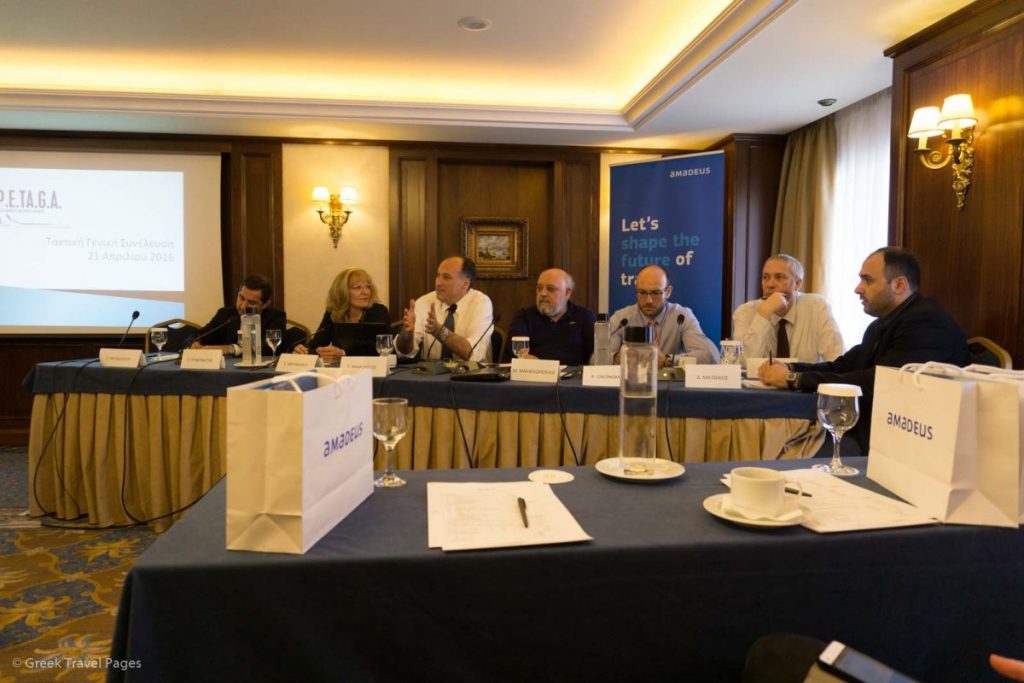 Amadeus Hellas, which provides advanced technology solutions for the travel industry, has signed a sponsorship agreement with the Greek Union of Air Travel Agencies (PETAGA) for 2016, it was announced at the union’s annual general meeting held last week in Athens.

The commitment will result in exposure and participation of Amadeus and its technology solutions in all of PETAGA’s 2016 activities. The sponsorship agreement between Amadeus Hellas and PETAGA is expected to open new horizons for cooperation in the sector of travel agencies for the benefit of the Greek travelers.

Issues discussed during PETAGA’s general meeting included the top issues the travel agency industry addressed in 2015, such as capital controls and relations with airline companies. Reference was also made to the congratulatory letter of the International Air Transport Association (IATA) in regards to the way the Greek travel agents handled the capital controls crisis in Greece.

During the general meeting, PETAGA members were briefed on the New Generation of IATA Settlement Systems (NewGen ISS), which aims to modernize the industry’s settlement system for transactions between travel agents and airlines.

PETAGA brings together Greek enterprises-travel agencies that have branches abroad and deal with individual and group business travel, domestic and overseas leisure travel, the organization of international conferences, incoming tourism and cruises. Ninety-eight percent of its members are  IATA Accredited Agents that produce over 73 percent of airline tickets sales in the Greek market.