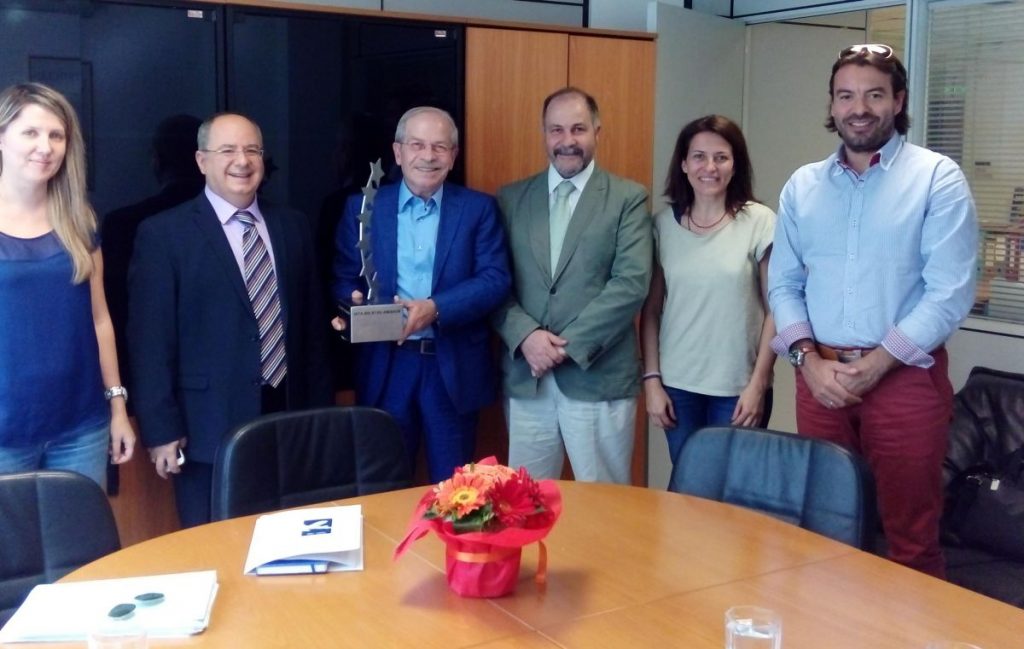 The International Air Transport Association (IATA) recently rewarded its Greek branch with a “Six Stars” award for its contribution to a successful management of the Greek capital controls crisis.

According to IATA, the successful response to the crisis from the Greek side is an example for other foreign countries in the future to follow.

IATA’s country manager for Greece and Cyprus, George Mamalakis, presented the award during an open board meeting of the Hellenic Association of Airline Representatives (SAAE) on Wednesday, April 20.

Mr Mamalakis expressed his gratitude to SAAE for offering IATA its constructive cooperation, which contributed to ease the negative effects of capital controls in the Greek travel market in August 2015.

“The personal contribution of Mr Mamalakis to restore normalcy and to prevent panic among the foreign airlines and travel agents was significant”, SAAE’s president, Dinos Frantzeskakis, said and applauded the excellent cooperation and direct involvement of both sides to the competent authorities.