‘Roads to Rhodes’ Marathon Kicks Off this Sunday! 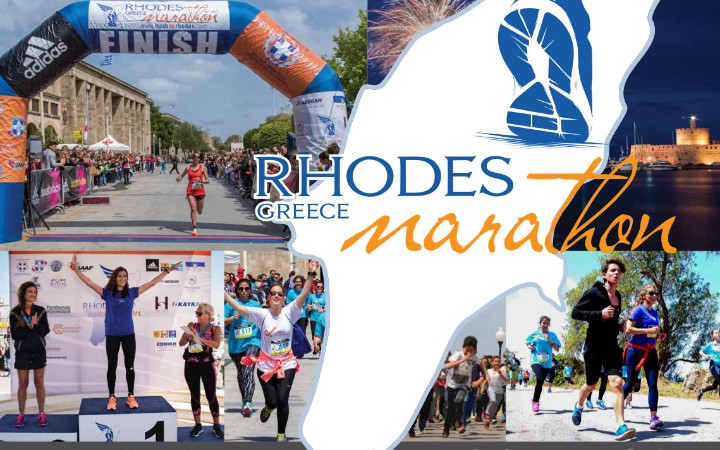 Some of Greece’s top athletes and Olympic champions are getting ready to join amateur and professional runners from all over the world to run in the third “Roads to Rhodes” Marathon this Sunday, on April 17, on the island of Rhodes.

One of the top athletes participating will be Rania Rempouli, the talented runner from Leros who has qualified for the Olympic Games in Rio 2016. Rempouli will be joined by Olympic champions Voula Kozompoli, Irini Aindili, Nikolaos Siranidis, Michalis Mouroutsos and Heptathlon Champion Roula Strataki.

During the 3rd International “Roads to Rhodes” Marathon, runners will race on a unique seaside circular route in the northern part of the city, which will allow them to compete while passing by spectacular scenery, witnessing the island’s  true history.

The routes this year are new — the races will start from and end in the center of the city at Eleftherias square, passing by the main attractions of Rhodes. There will be three race distances (5K, 10K and marathon) and a 1,000m Kids Fun Run.

Organizers have announced information for all “Roads to Rhodes” Marathon participants:

Athletes can find their bib number by pressing on this link (bibs referring to registrations completed after Sunday, April 10, are not included) and pick up their “Roads to Rhodes” Marathon athlete’s kit from the Best Western Plaza Hotel:

The 3rd International Marathon of Rhodes is co-organized by the South Aegean Region, the EAS SEGAS DODEKANISOU Athletics Federation and the nonprofit organization Rhodes Marathon, with the support of the Municipality of Rhodes, the Municipal Organization for Culture and Sports and the Rodos Hoteliers Association.

For further information, visit the “Roads to Rhodes” Marathon website.

The Greek Travel Pages is a media sponsor of the “Roads to Rhodes” Marathon event.