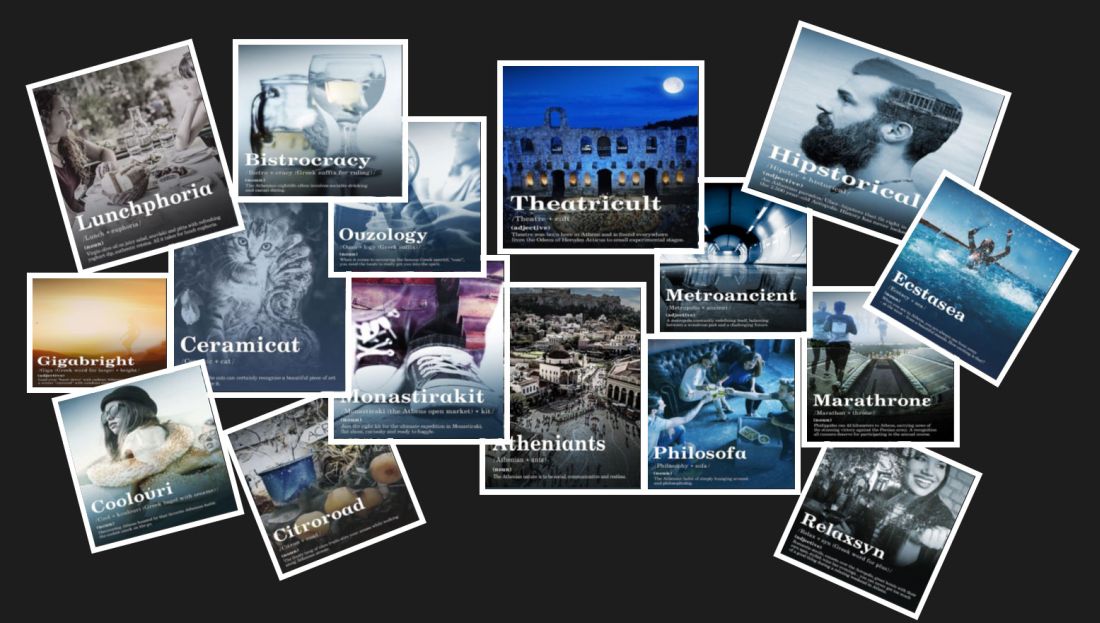 If you happen to hear people in the Greek capital this month using words like “Aphrawdite” and “Hipstorical”, do not be alarmed. They are just “speaking Athenian and being Athenians”!

As of this month, the digital campaign for Athens “Speak Aθenian. Be an Aθenian.”, designed by Athens International Airport (AIA) and Marketing Greece, will be “telling the story of the live Athenian experience” through a series of actions and initiatives at the airport and in the city.

Aiming to promote Athens as a city break destination, the campaign reveals the unique match of the city’s diverse attractive faces, its historical profile and distinctive modern character, through a creative synthesis of Greek and English words.

“From ‘Aphrawdite’ to ‘Hipstorical’ and the ‘Atheniants’, from ‘Bistrocracy’ to ‘Marathrone’ and ‘Theatricult’, our initially 10 (out of a total of 30) concepts comprising our campaign, reveal the many, exciting, and diverse faces of Athens, a city that safeguards its history but at the same time evolves and offers a ‘personal experience’  deriving from its unique DNA”, AIA Communications & Marketing Director, Ioanna Papadopoulou, said on the occasion of the campaign’s first event.

The campaign kicks off this month on April 22 with a pantomime live event at the airport based on the first two concepts — ““Aphrawdite” and “Hipstorical” —  and will include art events, competitions, discounts and offers at airport and city shops, discounts at museums and museum shops, “Athenian” cocktails and even… “hipstorical” hairdressings and styling at selected city spots — all in cooperation with tourism authorities and organizations.

“The fact that even more visitors will learn to speak ‘Athenian’ this year, through creative actions designed and implemented jointly with the Athens International Airport, brings us closer to achieving our strategic goal of further penetration into new European market segments”, Marketing Greece Managing Director Iossif Parsalis, said.

The “Speak Aθenian. Be an Aθenian.” campaign was recently honored with the Gold award at the Tourism Awards 2016 in the category “Branding – Integrated Marketing Campaign”. The campaign has also received the Ermis Bronze award, in the category “Digital, Web Campaigns, Travel, Tourism, Entertainment & Leisure”.

The campaign is being held under the auspices of the City of Athens with the support of the Athens, Attica and Argosaronic Hotel Association, Aegean Airlines and Swiss.

‘Roads to Rhodes’ Marathon Kicks Off this Sunday!