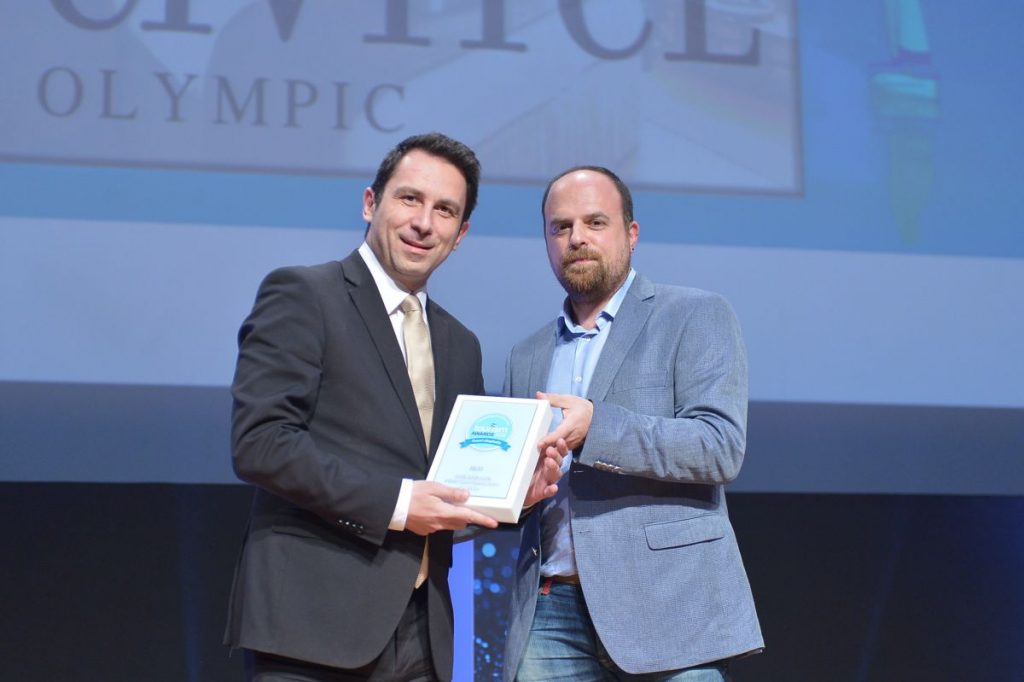 Civitel Olympic, member of the Civitel Hotels & Resorts, was announced as a Silver Award winner during the Tourism Awards 2016 glitzy ceremony held on Wednesday, April 6, at the Megaron Athens Concert Hall.

Civitel Olympic won the award in the Hotels & Resorts – Business hotel category for “A Modern Focus in Corporate Athens”.

In its third year, the Tourism Awards once again identified and rewarded the best practices and the most innovative initiatives across the tourism industry in Greece.

The general manager of Civitel’s Olympic and Attik hotels, Manos Giannoulakis, received the award, which the group considers a huge distinction as it rewards its long presence in the hospitality sector, always offering flawless and high-standard services.

“Civitel Hotels & Resorts would like to thank everyone who contributed to this great distinction, the people working for the group, its guests and partners, for the trust and excellent cooperation so far. This award is a great incentive for continuous improvement and excellence”, the company said in an announcement.

The Tourism Awards 2016 were organized by the Hotel & Restaurant magazine of Boussias Communications and held under the auspices of the Ministry of Economy, Infrastructure, Shipping and Tourism and the Greek National Tourism Organization.