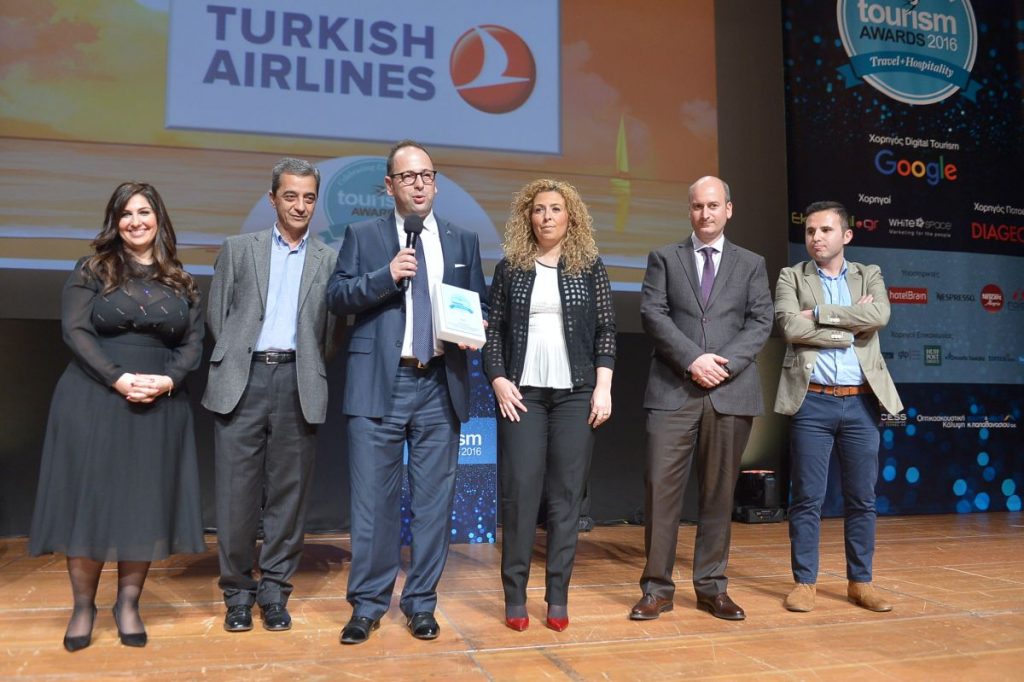 Turkish Airlines was honored with the gold prize in the “New Destinations – Improving Accessibility – Incoming Increase” category at the Tourism Awards 2016 on Wednesday.

In its third year, the Tourism Awards once again identified and rewarded the best practices and the most innovative initiatives across the tourism industry in Greece.

Turkish Airlines marked a notable performance in 2015, especially with the increase in passenger traffic in Greece.

This is the second important distinction of Turkish Airlines on a local level from the beginning of 2015 and certifies that the company is following the correct path. The award won at the Tourism Awards 2016 follows one received from the Athens International Airport in early March.

According to an announcement by the airline, the implemented strategy to reinforce the airline and consequently Greek tourism proved highly successful.

“On behalf of Turkish Airlines I’m really pleased and proud to receive this award. I’d like to express my sincere gratitude to the Jury for this competition. This prize rewards our efforts to enhance our operation in Greece and encourages us to invest more in Greece, targeting to become a major strategic partner in the local tourism industry”, said Alp Yavuzeser, Turkish Airlines General Manager for Athens.