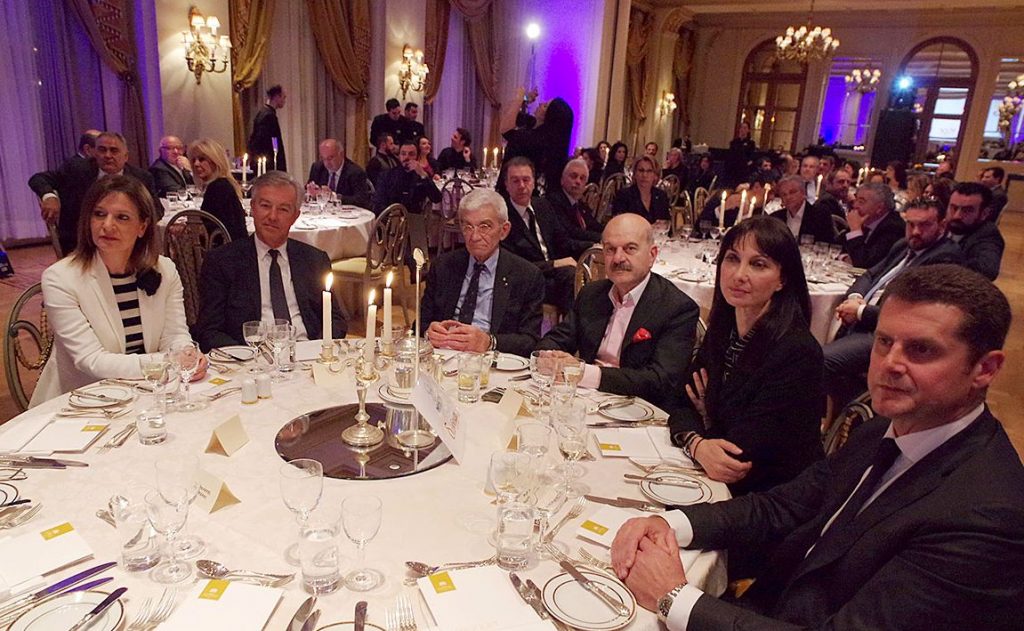 The Federation of Hellenic Associations of Tourist & Travel Agencies (FedHATTA) recently hosted an official dinner reception at the Hotel Grande Bretagne in honor of Thessaloniki Mayor Yiannis Boutaris for his contribution to the development of tourism.

The coordinator of the event was Greek journalist Thanassis Lalas who spoke about Yiannis Boutaris’ strong personality and his work as Mayor of Greece’s Northern port city.

In his address at the dinner, Mr Lalas referred to Mr Boutaris not as a “mayor”, but as a “traveler” of Greek tourism.

“This is a man with innovative thinking who has paved roads to showcase his region as a meeting place of civilizations”, Mr Lalas said. 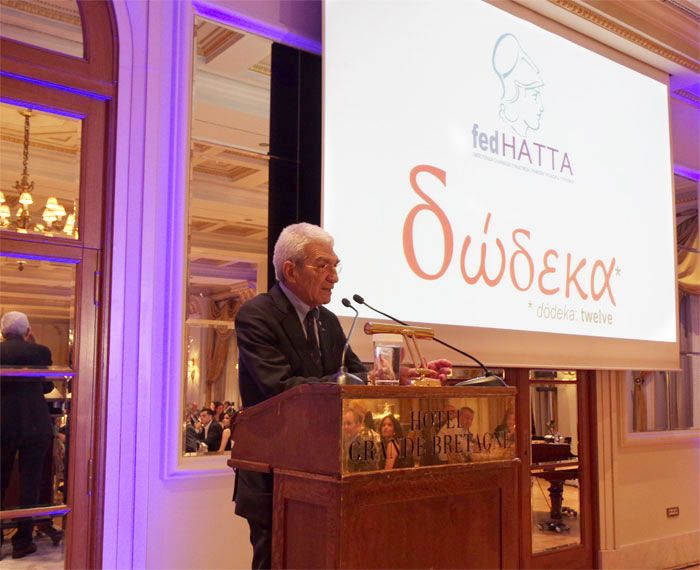 On his part, the mayor of Thessaloniki underlined the need for the creation of a specific and targeted plan to promote the Greek tourism product worldwide.

During his speech, he particularly focused on gastronomy and wine tourism as key products to promote to travellers. He stressed the necessity of creating a tourism development project to promote Thessaloniki’s multicultural character, adding that such a project would bring “excellent results” in attracting Turkish and Israeli tourists.

The special event was attended by many key tourism figures including Alternate Tourism Minister Elena Kountoura, Secretary General of Tourism Gerasimos Zaharatos, Secretary of Tourism Policy and Development Yiorgos Tziallas, the General Secretary of the Greek National Tourism Organization Dimitris Tryfonopoulos, the President of ABTA Noel Josephides, the President of SETE Andreas Andreadis, the CEO of TUI HELLAS Mihalis Mavropoulos and the President of the Economic and Social Council of Greece (OKE) George Vernicos.

On the occasion of the dinner reception in honor of Mayor Boutaris, FedHATTA presented its action plan “Dodeka” (Twelve), which is designed to boost Greece as a year-round tourism destination.