Run Greece Larissa Event Off to a Good Start 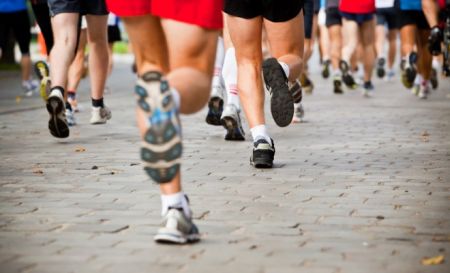 The Central Greek city of Larissa is the first stop in the annual Run Greece events with over 4,500 runners ready to test their mettle this Sunday, on March 27.

The series of running events held throughout the country are jointly organized by Run Greece and the Hellenic Athletics Federation (SEGAS), with the support of the Region of Thessaly and the Larissa Municipality.

The Larissa happening, which includes 5km and 10km runs as well as a kiddies route, has seen an impressive increase in registration figures this year, up by 1,000 participants compared to 2015.

First held in 2013, the sporting event has gained ground in the last few years garnering the full-fledged support of locals, authorities and popular sports personalities.

Setting the example, Thessaly Prefect Costas Agorastos will join the runners at the starting line of the 5km race on Sunday.

A total of six Greek cities will host this year’s Run Greece races. Following Larissa, the event will travel to Heraklion, Crete, on April 17; Ioannina on May 8; Kastoria on May 15;  Alexandroupolis on September 25 and Patra on October 9.

The Greek Travel Pages (GTP), a proud supporter of sport, is a main media sponsor of the Run Greece races.