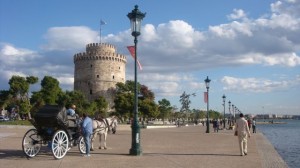 Greek Independence Day, the national holiday celebrated annually in Greece on March 25, is on Friday, giving all of us an automatic long weekend!

According to online booking agent trivago, Thessaloniki is the top choice of Greek travellers for the upcoming March 25 long weekend.

The 10 most popular long weekend destinations for the Greeks, based on consumer searches for trips between March 24 and March 28, took place during the February 1 – March 15 period.