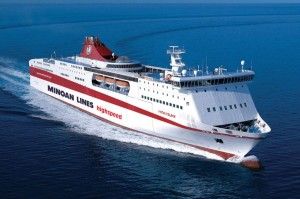 Greece-based shipping company Minoan Lines said on Monday, that its profit for 2015 had risen to 17.7 million euros primarily due to falling fuel prices.

“The positive economic performance as reflected in the results of fiscal year 2015 are mainly due to the reduction in fuel costs, a consequence of the drop in international oil prices, the reduction in financial expenses and the increase in revenue,” the company said in a statement.

“Capital controls further weighed on economic activity and the Greek economy’s growth prospects, creating significant problems both in imports and exports. Additionally, these developments have had an impact on domestic tourism, negatively affecting the company’s revenues.” 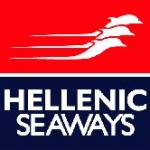 “I believe it is vital that Hellenic Seaways shareholders trust this business initiative by Minoan Lines, which will ensure its smooth and uninterrupted operation and will provide the optimum solution for the strategic development of both the company itself and the Greek coastal shipping sector, overall,” Antonis Maniadakis, Minoan Lines managing director, said with regard to recent media reports concerning the sale.

Serving domestic routes between the ports of Piraeus and Heraklion, as well as connecting the Italian ports of Ancona and Venice with the Greek ports of Igoumenitsa, Patra and Corfu, Minoan operates through six subsidiaries and two affiliated companies. It is majority owned by Grimaldi Compagnia di Navigazione SpA.

Milos: Vivere A Plakes Set to Open on March 25