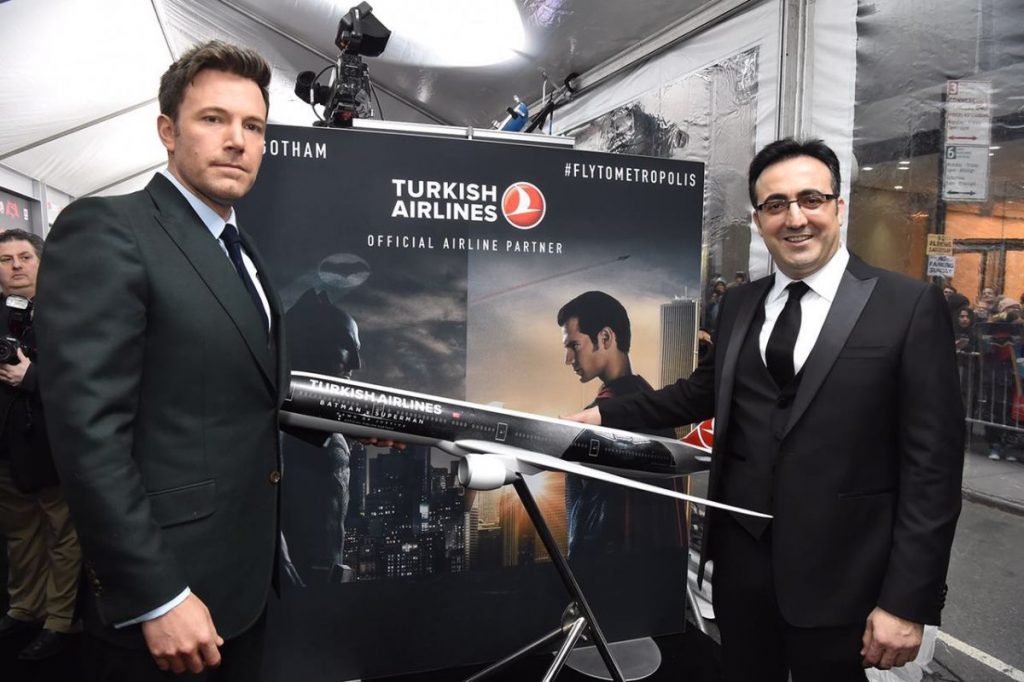 “Turkish Airlines is proud to introduce the first in-flight premiere of the film outside of theaters as part of our in-flight entertainment systems.”

In the film, Turkish Airlines is featured within a pivotal scene aboard a Boeing 777 airplane. Additionally, two of the film’s stars, Ben Affleck, who plays Batman, and Jesse Eisenberg, who plays global magnate Lex Luthor, took part in a special advertisement announcing Turkish Airlines’ newest “destinations”– Gotham City and Metropolis.

Turkish Airlines encourages fans to join the online conversation around the movie using the hashtags #flygotham and #flymetropolis.