Greece Ready to Dazzle the Russians at Moscow MITT Expo 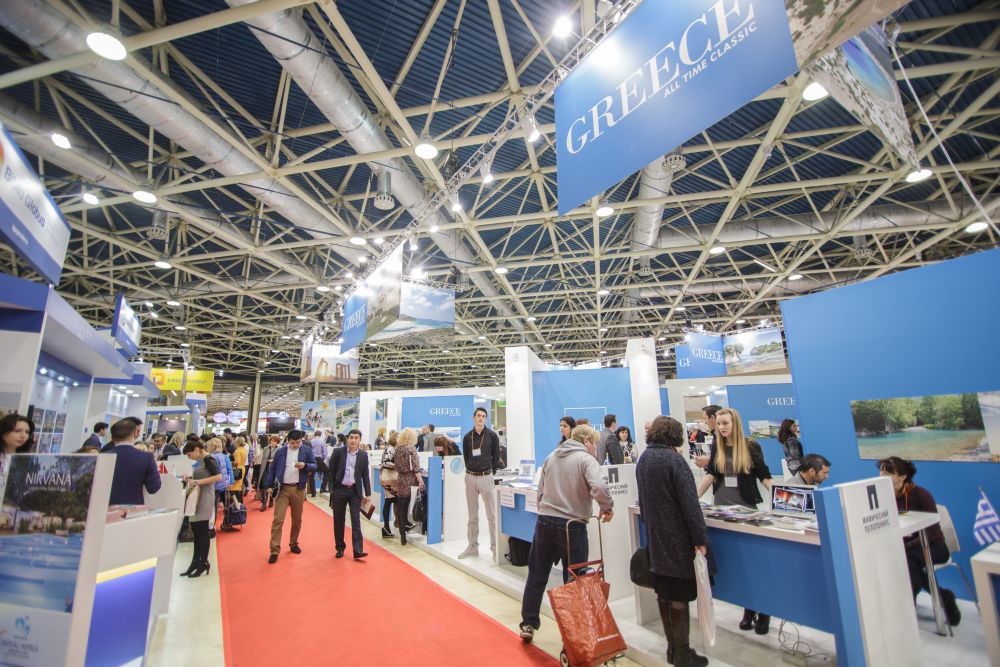 According to an announcement, Minister Kountoura will give Greek tourism a “dynamic promotion”.

MITT is taking place on March 23 – 26 at the Moscow Expocentre.

According to the minister’s schedule, on Wednesday she will attend the opening ceremony of the exhibition and then inaugurate the Greek National Tourism Organization (GNTO) stand, which hosts a number of Greek regions, destinations and tourism businesses.

During her stay in Moscow, Minister Kountoura will meet with government officials and leading tour operators and give a series of interviews to the Russian media.

According to recent figures released by the Russian news agency Interfax, bookings by Russian holidaymakers to Greece have increased by 30 percent. Interfax predicts a rise of Russian tourist bookings by up to 80 percent this year.

Greece will exhibit with its professionals and a large presentation of the country’s attractive regions. The Greek stand can be found in Pavilion 2.

The South Aegean Region will exhibit for the first time at MITT 2016, according to an announcement.

In 2015, approximately 500,000 Russian tourists visited the South Aegean islands with their main destinations being Rodos, Kos, Mykonos and Santorini.

“The Russian market is extremely important because Russians spend efficient money during their holidays in comparison with the Europeans”, said Dimitris Paschalidis, Tourism Department of Cyclades, South Aegean Region.

Held annually, MITT is one of the top five travel exhibitions in the world and is highly valued by the international tourism community.

The MITT trade show traditionally marks the beginning of the region’s spring-summer tourism season. It is Russia’s largest and longest running travel and tourism exhibition, and one of the world’s top five industry events.

MITT 2016 expects to connect over 1,850 travel companies from over 190 countries and regions.

2016 marks MITT’s 23rd edition. Each year, the exhibition brings together representatives of the global tourism business. Over four days, 32,162 unique visitors from 75 regions of Russia attended MITT 2015, 76 percent of visitors were professionals in the tourism industry.

The Greek Travel Pages (GTP) is an official media partner of MITT 2016.