Travel and tourism last year added 7.2 million jobs to the global economy and contributed over $ 7.2 trillion in GDP, according to the World Travel & Tourism Council’s (WTTC) Economic Impact Report 2016 launched on Monday.

“Travel and tourism once again has proved its resilient nature. Terror attacks, disease outbreaks, currency fluctuations and geopolitical challenges have impacted the sector at a country or regional level, but travel and tourism at the global level continues to produce another robust performance”, WTTC President & CEO, David Scowsill, said.

The Economic Impact Reports, WTTC’s flagship annual research, provide economic data on the contribution of the travel and tourism sector on a global level as well as for 184 countries and 24 regions. 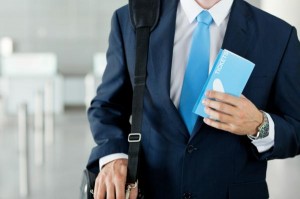 “Despite uncertainty in the global economy and specific challenges to travel  and tourism last year, the sector grew by 3.7 percent, contributing a total of 9.8 percent to the global GDP”, Mr Scowsill said.

“Travel and tourism also supported a total of 284 million jobs in 2015, an increase of 7.2 million, which means it now supports, directly and indirectly, 1 in 11 jobs on the planet.”

The growth of the sector is stimulated by a worldwide increase in middle-class income households, an ageing population, which tends to travel more, and growing connectivity between destinations, making travel more accessible and affordable.

Outlook for 2016 and beyond
In 2016, Travel & Tourism’s total contribution to GDP is forecast to grow by 3.5 percent, and is again expected to outpace global economic growth for the sixth consecutive year.

Security concerns, border policies, oil prices, the strength of the US dollar relative to other currencies, and other macroeconomic developments will continue to influence travel trends in 2016 and beyond. Nevertheless, over the next decade, travel and tourism is expected to continue to outpace the world economy, growing by four percent on average annually.